Thai army criticized for alleged political use of Twitter

BANGKOK (AP) — A former politician whose party was the apparent target of a disguised online propaganda campaign by the Thai army earlier this year said Friday she and her colleagues plan legal action in response.

Pannika Wanich, former spokeswoman for the now-dissolved Future Forward Party, said they had already been gathering information about the army’s information operations — or “IO” — when Twitter announced Thursday that it had identified and removed 926 accounts that had unacknowledged or concealed links to the Thai military.

She described the worst aspect of the army’s alleged action to be “using tax money to cause rifts and hatred among Thais,” and said the former party will file a lawsuit when its fact-finding is completed. She did not say what charges against the army it would seek.

Thai media have speculated about the general nature of the army’s IO activities, but Pannika said Twitter’s action proved the allegations were real because the social media company is a neutral party not involved with Thai politics.

Twitter announced it had taken down accounts with suspected links to state agencies in Cuba, Russia, Saudi Arabia and Iran, as well as Thailand.

An analysis by the Stanford Internet Observatory said the Thai army’s domestic information operation on Twitter “was used primarily to promote pro-government and pro-military positions and accounts on Twitter and to attack political opposition, particularly the Future Forward Party and Move Forward Party.” The California-based organization says it studies “abuse in current information technologies, with a focus on social media.”

The Future Forward Party won the third highest number of seats in last year’s elections, but was dissolved by the Constitutional Court in March this year for an alleged financial violation of election law. The ruling was controversial because the opposition party appeared to be targeted by the government for its popularity and anti-military positions.

The party’s leaders were expelled from Parliament and banned from political office for 10 years, while its remaining lawmakers mostly regrouped as the new Move Forward Party.

An army spokesman, Lt. Gen. Santipong Thampiya, told reporters Friday that the army used Twitter for communicating with the public and insisted it has no policy to use false accounts for any information operations. He said the army would contact Twitter.

The Stanford study said the suspect accounts “tended to rely on a few basic tactics, such as replying en masse with supportive messages to tweets from Army PR accounts and dogpiling onto tweets from opposition-aligned accounts.”

It added that generally little effort was made to give the accounts added credibility, with many lacking biographical blurbs and using stolen profile pictures.

“This was a coordinated but low-impact operation: most accounts had no followers and the majority of tweets received no engagement,” it concluded. 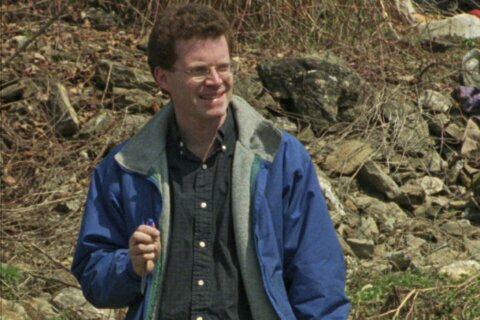