Sliding track for 2022 Beijing Olympics to get 1st test

The sliding track built for the 2022 Beijing Winter Olympics is about to get its first test. With athletes from…
Listen now to WTOP News WTOP.com | Alexa | Google Home | WTOP App | 103.5 FM

The sliding track built for the 2022 Beijing Winter Olympics is about to get its first test.

With athletes from many nations — including the U.S. — unable to take part because of coronavirus and travel concerns, the certifying process for the track at the Yanqing Sliding Center northwest of Beijing is getting underway. Most international athletes who will be taking part were flying to Beijing on Friday and will quarantine through the weekend, with sliding set to start on Monday.

The process, called pre-homologation, is necessary for all new tracks. It must be completed before the International Luge Federation and the International Bobsled and Skeleton Federation, the two governing bodies for sliding sports, officially approve the track as safe for racing. Typically, sliders and coaches from many nations attend to test the track, collect data and offer feedback.

USA Luge veteran Summer Britcher was among the sliders who had been scheduled to go to Yanqing this past March for the pre-homologation. But that session was called off in January in the early days of the pandemic that originated in China, when the virus was for only 170 deaths. It has now been blamed for more than 1.1 million deaths worldwide, more than 220,000 of those in the U.S.

Bobsled and skeleton testing will be done exclusively by Chinese athletes. The Chinese luge program is largely developmental, so arrangements were made to bring a small number of international sliders in for testing in that sport. Reigning Olympic men’s luge champion David Gleirscher of Austria was among those invitees. Others who said Friday that they were going included reigning World Cup women’s overall champion Julia Taubitz of Germany, doubles veterans Andris Sics and Juris Sics of Latvia and Natalie Maag of Switzerland.

“The security precautions are very strict,” Gleirscher told Austrian media before his flight. “I only know the profile of the track from sketches. I’m really excited about what to expect.”

Video and data will be shared with all teams, with hopes that some nations do not get unfair advantages over those who were unable to travel to China for this process. For now, the U.S. is scheduled to send teams to the Yanqing track early next year — the luge World Cup season finale is there in February and the bobsled and skeleton World Cup season-ending races are there in March. 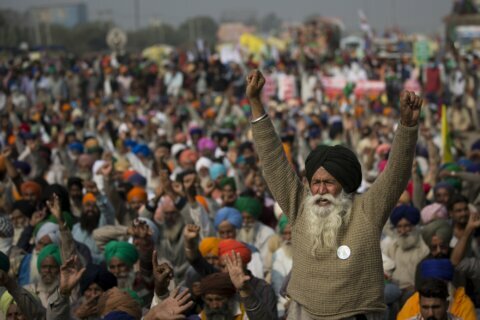 India’s winter of discontent: Farmers rise up against Modi 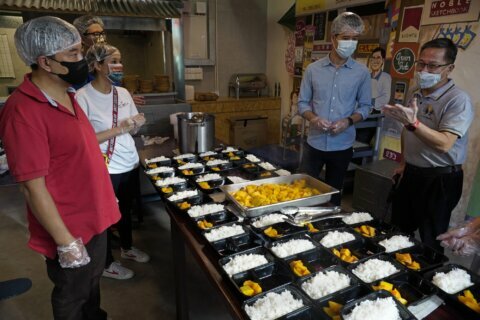