KABUL, Afghanistan (AP) — Nearly half of war-torn Afghanistan’s 18,000 schools lack proper buildings and an estimated 3.7 million school-aged children are still out of school — despite massive investment in the country’s education sector, the World Bank says.

The report comes as representatives of the Afghan government and the Taliban hold intra-Afghan peace negotiations in Qatar. The negotiations are meant to map out Afghanistan’s future after a U.S.-Taliban peace deal signed in February.

In a school on the outskirts of Kabul, 1,700 students in grades 1-6 don’t have proper classrooms, safe drinking water or sanitary restrooms.

Principal Fazel Rahim says that at his Allah Gul Mujahid primary school just east of the Afghan capital, there are only six teachers and several classes must be combined to be taught by a single teacher. He has been unable to get the attention of the Ministry of Education or others in the Kabul-based government, despite almost six years of attempting to provide classrooms, well-trained teachers, enough text books and other necessities for a proper learning environment for his students.

“They study in open area,” he told The Associated Press. “We don’t have enough tents to provide them with a proper place to study, but still with all these difficulties we are trying to provide them some opportunity to learn something.”

Henry Kerali, the World Bank’s country director for Afghanistan, said in a blog that despite the challenges in the war-ravaged country, the quality of education has improved. The number of children enrolled in schools increased from 3.8 million in 2003 to 6.3 million in 2017, he said.

Nooria Nazhat, spokeswoman for the Afghan Education Ministry, said that of the 3.7 million children who do not attend school, 60% are girls. She said the reasons for Afghan kids not attending include the war, poverty and conservative traditional beliefs.

Nazhat said 46% of schools are without proper buildings. “Right now, construction work on 2,700 school buildings is underway, but our target is for 6,000 new buildings for schools,” she said.

Rahim said when the Allah Gul Mujahid school was established six years ago a member of parliament provided 10 tents and around 170 chairs and desks. The Education Ministry two years later provided 10 additional tents and a few plastic carpets. Since then, no one has provided anything for the school, he said.

“The most important elements for education are buildings, trained teachers and school (supplies), so if we don’t have buildings the other two elements are waisted,” said Nasir Ahmad Mullahzada, district 12 education department director in Kabul.

More than 450 schools are closed or have been damaged in the past two years, resulting in 300,000 students deprived of schooling, the ministry website says.

Kerali said Sunday that the children who are enrolled in schools are not learning much, partly because their teachers do not have the necessary skills or knowledge. Data from 2013 shows that 93% of 10-year-old Afghan children cannot read a simple text when they finish primary school. “This is higher than the average for the South Asia region, 59%,” he said.

Currently, 67% of school-age boys and 48% of school-age girls are enrolled in school, according to the World Bank, citing the UNESCO Institute of Statistics.

The World Bank says Afghanistan needs to strengthen its governance by increasing transparency in budget spending, teacher recruitment and merit-based appointment in education. 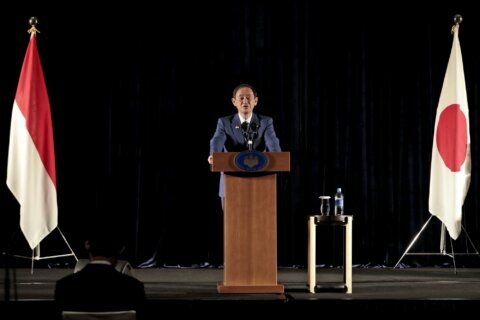