KUALA LUMPUR (AP) — Malaysian opposition leader Anwar Ibrahim said he presented the king Tuesday with evidence that he has enough support among lawmakers to topple the prime minister and form a new government, an assertion the palace rejected.

Anwar said he showed he has the support of over 120 lawmakers, which would allow him to unseat Prime Minister Muhyiddin Yassin.

Anwar said the monarch pledged to abide by the constitution and would consult leaders from other parties before making a decision. He declined to give details, urging Malaysians to be patient and give the king a chance to review the evidence.

“These documents made it abundantly clear that we have registered a formidable and convincing majority among parliamentarians,” Anwar said at a news conference after the royal meeting. “Prime Minister Muhyiddin Yassin has lost his majority and therefore, it would be appropriate for him to resign.”

After the news conference, however, the palace released a statement denying that Anwar provided evidence of support. It said Anwar only told Sultan Abdullah Sultan Ahmad Shah how many lawmakers supported him but didn’t reveal their identities.

It said the king advised Anwar “to abide by and respect the legal process” based on the constitution.

Muhyiddin, who took power in March after securing enough support in Parliament to unseat Anwar’s reformist alliance, said later Tuesday that he would leave the matter to the king’s judgment.

The prime minister, who previously dismissed Anwar’s claim to a majority, said his priority now is to control a new coronavirus outbreak and manage the economic consequences. Malaysia has reported more than 16,000 cases with 159 deaths.

Muhyiddin currently boasts a slim two-seat majority in the 222-seat Parliament and has been grappling to maintain support amid infighting in his governing coalition. Allies in his Malay-centric coalition also denied supporting Anwar, and branded Anwar a “desperado” for seeking to wrest power during the pandemic.

Oh Ei Sun, a senior fellow at the Singapore Institute of International Affairs, said the palace statement indicated that the king isn’t yet convinced of Anwar’s claim but that the situation is still unfolding.

“I frankly do not think it will be a smooth and easy ride for Anwar. For one, even if the king is convinced of Anwar’s command of a parliamentary majority, the king still has the alternative constitutional option of dissolving the parliament,” said Oh, a Malaysian.

Anwar’s Alliance of Hope was elected in 2018 but collapsed after Muhyiddin withdrew his party and tied up with opposition parties to form a Malay-centric government in March. Then-Prime Minister Mahathir Mohamad resigned in protest, saying he wouldn’t work with parties accused of corruption that he ousted in the 2018 polls.

Anwar said Tuesday that he extended an olive branch to Muhyiddin to discuss the political change but received no response. He said his new government would also be a majority Muslim government, but pledged to be fair to all races and committed to reforms.

If Anwar succeeds, it would mark a dramatic comeback after his roller-coaster political journey since the 1990s.

Once a high flyer in the governing party, Anwar was convicted of homosexual sodomy and corruption after a power struggle with Mahathir in 1998. He was imprisoned for a second time on sodomy charges in 2014.

Anwar and his supporters have long denied the sodomy allegations, saying they were concocted to destroy his political career.

Rather than give up, Anwar ended his feud with Mahathir from his prison cell to forge the Alliance of Hope, which in the 2018 polls defeated the coalition that had led Malaysia for 61 years.

Mahathir became prime minister a second time. Anwar was freed with a royal pardon days after the elections and was Mahathir’s designated successor before their alliance fell apart. 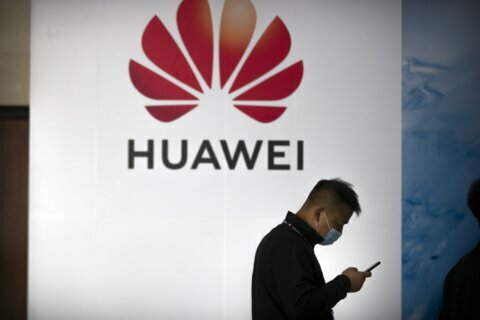