Kolkata beats Hyderabad in IPL after super over

ABU DHABI, United Arab Emirates (AP) — New Zealand fast bowler Lockie Ferguson made an instant impact in his first appearance in this season’s Indian Premier League with a five-wicket haul as Kolkata Knight Riders edged out Sunrisers Hyderabad in a super over on Sunday.

Ferguson took 3-15 in the regulation 20-over game and then held the opposition to two runs in the super over when he also clean bowled David Warner and Abdul Samad within the first three balls.

Kolkata notched the required three runs within four balls off ace legspinner Rashid Khan to record their fifth win in the tournament and stayed fourth in the table.

“I had my plan which was working throughout the game,” said Ferguson, adding that Warner’s dismissal in the super over was his best wicket of the day. “Look, we’ll take this win and enjoy tonight, it was a very good win on a tough wicket. It was nice to put the icing on the cake after the batsmen’s effort.”

Earlier, Ferguson mixed his pace with some brilliant leg-cutters to restrict Hyderabad to 163-6 in reply to Kolkata’s 163-5.

Needing 17 runs off limping Andre Russell’s last over, Warner hammered three of his five boundaries against the West Indian. But with two required off the last ball, Russell gave away only one to force the game into the super over as the Hyderabad skipper stayed unbeaten on 47 off 33 balls.

Ferguson made an immediate impact when he had countryman Kane Williamson (29) caught at third man off his first ball and then in the next over had Priyam Garg clean bowled with a slower delivery to push Hyderabad’s run-chase off track.

He later returned and had Manish Pandey clean bowled and could have got Samad’s wicket in his last over but Russell dropped a hard catch at backward point.

Samad fell for 23 in the penultimate over when Ferguson relayed the ball back to Shubman Gill on the edge of the boundary to complete the catch before Warner couldn’t take his team over the line in the last over.

Earlier, Kolkata captain Eoin Morgan scored 34 off 23 balls and Dinesh Karthik made 29 off 14 deliveries to lift their team’s total.

“We probably leaked a few too many in the middle overs and at the back end,” conceded Warner whose Hyderabad team has won just three of its nine league games.

“I thought this was a nice wicket that wouldn’t change and to be fair it didn’t… we lost wickets at crucial times again.” 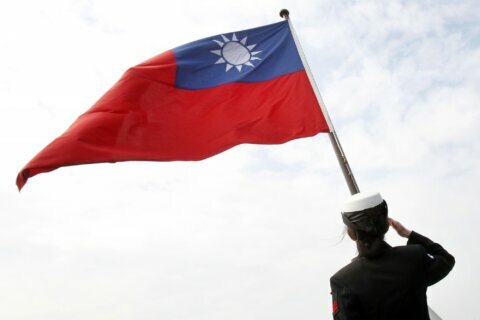