The three include former Studentlocalism leader Tony Chung and former members William Chan and Yanni Ho. The arrests of the three were confirmed on the now-disbanded group’s Facebook page.

Police said they arrested two men and one woman between the ages of 17 and 21 on secession charges, but did not name them.

Chung was arrested near the U.S. Consulate in Hong Kong on Tuesday morning, a police official said on condition of anonymity because he was not authorized to speak to the media. The other two were detained while reporting to police stations, Studentlocalism said.

The three had previously been arrested under the national security law in July, on charges of inciting secession.

Studentlocalism was a student group in the city that advocated localism, and aimed to set up a “Republic of Hong Kong.” Hong Kong, a former British colony, was handed over to China in 1997 and now runs as a semi-autonomous Chinese territory under the “one country, two systems” framework that allows Hong Kong certain freedoms not found on the mainland.

In June, the group announced that it ceased activities in the city in light of the national security legislation.

The law, which was imposed on Hong Kong by the central Chinese government and took effect on June 30, is widely seen as a means to curb dissent after anti-government protests rocked the city for months last year.

The legislation outlaws secessionist, subversive and terrorist acts, as well as collusion with foreign forces in the city’s internal affairs. The maximum punishment for serious offenders is life imprisonment.

Others who have been arrested under the legislation include media tycoon Jimmy Lai, who founded the pro-democracy tabloid Apple Daily, and prominent pro-democracy activist Agnes Chow. 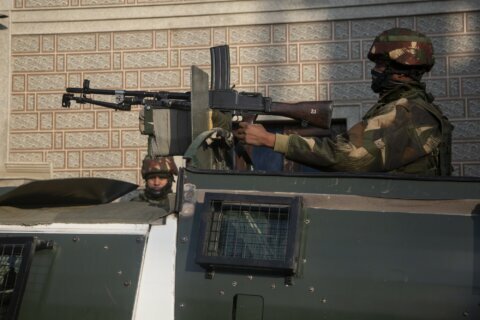