Earlier at Sharjah, Quinton de Kock scored his first half century this season before Mumbai Indians’ pacers finished the job by guiding the defending champion to a clinical 34-run win over Sunrisers Hyderabad.

“The kind of start we got in batting, that’s what we needed. Hopefully we’ll be able to replicate this in the coming games,” Chennai skipper Mahendra Singh Dhoni said. “We needed momentum with the right kind of shots, Watto (Watson) and Faf backed themselves with the shots they’re known for.”

Watson hit three sixes while Du Plessis hit one over the fence but both batsmen matched each other by hitting 11 fours apiece in a superb exhibition of stroke-making.

Last-place Punjab was earlier restricted to 178-4 with captain K.L. Rahul top-scoring with 63 and Nicholas Pooran hitting 33 off 17 balls. Both fell to seamer Shardul Thakur (2-39) in successive deliveries in the 17th over as Chennai did well to pull back in the death overs.

“There’s no rocket science, we know where we’re going wrong,” Rahul said. “I thought 178 was a good score … we can attack and look for wickets if you’re going (for) 7-8 an over, but when you’re going 10 an over at the start it’s a little difficult to be aggressive. Hopefully we’ll learn and we’ll bounce back.”

De Kock hit 67 runs off 39 balls as Mumbai finished on 208-5 after choosing to bat. It was the lowest total in four IPL matches at Sharjah Cricket Stadium this season until Hyderabad batted.

David Warner top-scored for his team with 60 off 44 before Ishan Kishan took a brilliant flying catch at short third man to dismiss the Hyderabad captain in the 16th over.

“The wicket looked good but it was slightly on the slower side so getting past 200 was a great effort,” Mumbai captain Rohit Sharma said. “We didn’t have any total in mind, we back our bowlers to do the job and that’s what they did.”

In the absence of injured Bhuvneshwar Kumar, Hyderabad struggled to contain Mumbai’s strokeplayers despite Sharma (6) getting caught behind in the first over.

De Kock and Kishan (31) pushed the scoring rate in the middle overs with a 78-run third-wicket stand before both fell in successive overs.

But Mumbai smashed 61 runs off the last five overs through Kieron Pollard and the Pandya brothers — Hardik and Krunal — as Kumar’s replacement Siddarth Kaul returned figures of 2-64.

Krunal hit Kaul for 6-4-4-6 off the last four deliveries to finish with an unbeaten 20 off only four balls and propelled Mumbai’s total beyond the 200 mark.

“Obviously, 209 on the board, we tried to go 10 an over, but we couldn’t get a partnership strung together long enough,” Warner said. “A lot of things we can work on in training. I counted probably seven or eight full tosses towards the back end. From the execution point of view, we didn’t nail that.” 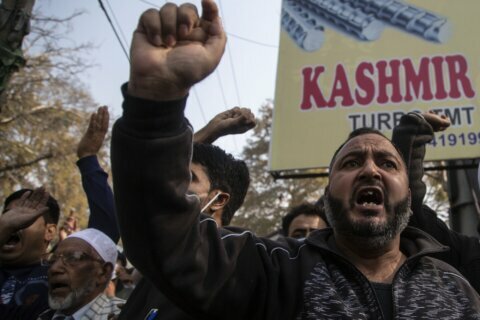