China’s foreign ministry announced that Foreign Minister Wang Yi will make official visits this week to Cambodia, Malaysia, Laos and Thailand, along with a transit visit to Singapore.

Cambodia is Beijing’s most loyal ally in the region, and its economic growth has depended on aid and investment from China. The two nations also have an ideological affinity, stressing tight control by their ruling parties over concerns about human rights.

Wang’s tour comes as China and the United States are contending for influence in Southeast Asia. Historically, the U.S. has been the more popular partner, but Beijing has made great inroads as China’s growing wealth and confidence allow it to woo allies with no human rights strings attached.

In Cambodia’s case, this has won Beijing a supportive Cambodian voice in international and regional forums. There is also strong suspicion, mainly from Washington, that Cambodia has granted China the right to use a strategic naval base in its territory on the Gulf of Thailand. Cambodian and Chinese officials deny there is any such deal.

The signing of the Cambodia-China free trade agreement was witnessed by Wang and Cambodian Prime Minister Hun Sen, who held a meeting earlier.

Details of the agreement were not released, but Commerce Ministry spokesperson Seang Thay said China would give tariff-free status covering about 98% of its imports from Cambodia, while up to 90% of China’s exports to Cambodia would be exempt from tariffs. The Cambodian exports that are covered are mostly agricultural. China is Cambodia’s main market for rice, mangoes and bananas.

The pact’s significance is as much symbolic as practical, since it is being framed as a sort of replacement for preferential tariff terms the European Union withdrew from Cambodia because of what it called “serious and systematic concerns related to human rights.”

The E.U. withdrew duty-free privileges amounting to about one-fifth of the 1 billion euros ($1.2 billion) worth of Cambodian exports that go to Europe each year.

Hun Sen has acknowledged that Cambodia’s economy would be affected by the move, but said the country could manage and he would not bend to Western pressure.

China also agreed to provide $140 million in new aid for Cambodia for urgent development, including infrastructure. 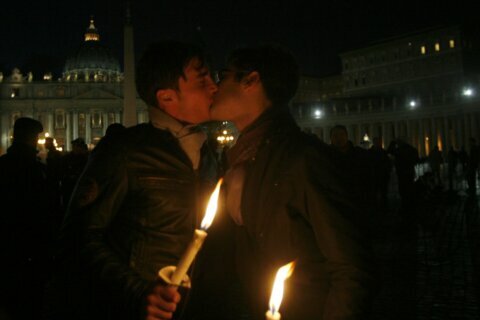