BEIJING (AP) — Chinese leader Xi Jinping condemned “unilateralism, protectionism and extreme egoism” in a jab at the United States made during a rally Friday to mark the 70th anniversary of China’s entry into the 1950-53 Korean War.

China refers to the conflict, in which it sent troops to aid North Korean forces against a United Nations coalition led by America, as the “War to Resist U.S. Aggression and Aid Korea.”

Although fighting ended in a stalemate, the war established China as a major player on the world stage and Friday’s commemorations closely fit with Xi’s drive to promote patriotism and the unquestioned leadership of the ruling Communist Party.

“In today’s world, the pursuit of unilateralism, protectionism and extreme egoism leads nowhere,” Xi told an audience of government and party leaders, veterans and family members of those who served in what China calls the Chinese People’s Volunteers.

“Arrogance, always doing as one pleases, acts of hegemony, overbearance or bullying will lead nowhere,” Xi said, according to comments released by the official Xinhua News Agency.

The anniversary comes as China’s relations with the U.S. have sunk to their lowest level in decades as the sides feud over trade, human rights, allegations of spying and Chinese policies regarding Hong Kong, Taiwan and the South China Sea.

Beijing, meanwhile, remains North Korea’s most important diplomatic ally and trading partner, and has pushed back at U.S. efforts to bring economic pressure on Pyongyang to prompt it to end its nuclear weapons and missile programs.

“The great victory … is of great and far-reaching significance to China and the world,” Zhao said at a daily briefing.

Trump said he had warded off a war that could have threatened millions of lives, and that former President Barack Obama had told him he viewed potential danger from North Korean leader Kim Jong Un as among the greatest national security threats.

Democratic nominee Joe Biden said Trump had “legitimized” a “thug” by meeting and forging a relationship with Kim.

Trump countered that Kim “didn’t like Obama” and insisted, “Having a good relationship with other countries is a good thing.”

Many North Korea watchers say Kim would prefer for Trump be reelected to get a chance to restart stalled nuclear negotiations in exchange for badly needed sanctions relief.

Last year, the North’s state media called Biden a “rabid dog” that “must be beaten to death with a stick,” after he described Kim as a tyrant. North Korea had once called Trump a “dotard” among other crude insults, but halted such rhetoric after Kim entered talks with Trump in 2018 on the fate of his advancing nuclear arsenal.

Despite the impasse, Kim has not resumed testing major weapons such as intercontinental ballistic missiles in an apparent effort to keep diplomacy with the U.S. alive.

The North’s state media reported Thursday that Kim paid his respects to Chinese soldiers at a cemetery north of Pyongyang, accompanied by top deputies. Kim said that “every part of our country is closely associated with the red blood shed by the service personnel of the Chinese People’s Volunteers” and that his government would never forget “their noble soul and lofty self-sacrificing spirit.”

The visit was Kim’s first to the cemetery on the October anniversary of China’s entry into the war, adding to speculation that he wishes to strengthen ties with Beijing while preparing for new dealings with the U.S. after the Nov. 3 elections.

Since taking power in late 2011, Kim has visited the cemetery on only two occasions, in 2013 and 2018, both on the July 27 anniversary of the signing of the 1953 armistice, according to Seoul’s Unification Ministry. 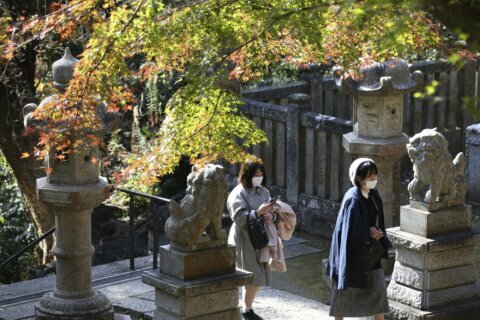 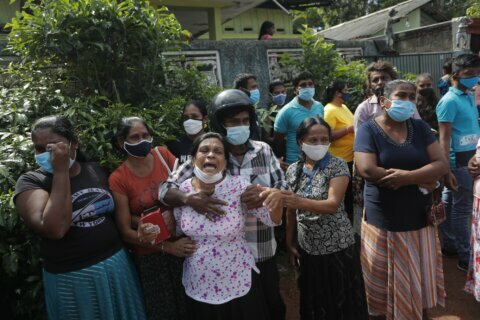