SAO PAULO (AP) — Brazil’s health regulator has authorized the import from China of a potential vaccine against the coronavirus, just days after President Jair Bolsonaro insisted he wouldn’t allow doses to be shipped from the Asian nation.

The health regulator, Anvisa, said in a statement Friday that Sao Paulo state’s Butantan Institute can import 6 million doses of the CoronaVac shot that Chinese biopharmaceutical firm Sinovac is developing. The potential vaccine cannot be administered to Brazilians as it isn’t yet approved locally, the statement said.

Earlier this week, Bolsonaro sparked confusion when he publicly rejected the CoronaVac shot, saying Brazilians would not be used as guinea pigs. The declaration followed news that his health minister, Eduardo Pazuello, had agreed to purchase CoronaVac doses produced locally by the Butantan Institute.

On Wednesday, the executive secretary of Brazil’s Health Ministry said in a televised statement that there had been a misunderstanding.

“There is no intention to buy vaccines from China,” said Antonio Elcio Franco, who added there will be only “a Brazilian vaccine” made at the Butantan Institute.

Its authorization comes after the Butantan Institute’s director, Dimas Covas, told newspaper Folha de S.Paulo that Anvisa was withholding permission to import inputs from Sinovac in order to produce the vaccine in Brazil.

Anvisa said in a separate statement earlier Friday that it had analyzed the request and found some discrepancies.

Bolsonaro has often expressed mistrust of China, particularly on the campaign trail in 2018, although he has softened his rhetoric somewhat in office.

“From China, we will not buy. I don’t believe it transmits enough safety to the population, because of its origin. That’s our thinking,” he said in an interview with radio station Jovem Pan on Thursday night. “With certainty, other vaccines that are being studied could be scientifically proven.”

In June, Brazil’s government announced a deal with Oxford University and pharmaceutical company AstraZeneca to purchase 100 million doses of its potential coronavirus vaccine. 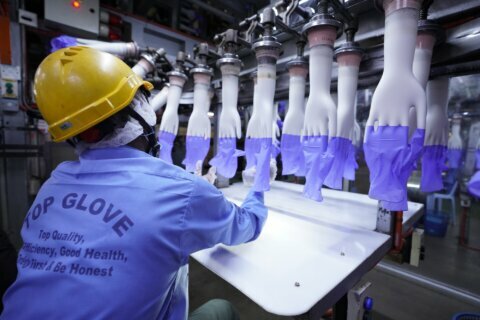