Myanmar locks down parts of Yangon amid virus increase

YANGON, Myanmar (AP) — Myanmar was accelerating efforts Thursday to control the spread of the coronavirus, which has led to campaigning for November’s general election to be suspended in some areas due to partial virus lockdowns.

The Ministry of Health and Sport issued a stay-at-home order for 20 Yangon townships effective Thursday as cases of the coronavirus continued to rise, with 120 new cases and two deaths. That brings the country’s total to 2,009 recorded cases and 14 deaths since the pandemic began.

The order calls for a partial lockdown, with limited trips out of the house allowed to carry out necessary activities, such as the purchase of food.

Seven other Yangon townships were put under similar partial lockdowns Sept. 1, as was all of Rakhine state last month after a surge of new cases there.

Until last month’s outbreak, Myanmar appeared to have largely been spared from the pandemic, having recorded just 353 virus cases as of the beginning of August.

The urgency of tracing potential cases has been underlined recently by the publishing in state-run newspapers of the names of thousands people who have come by air from Rakhine since Aug. 10 but had not reported themselves to authorities.

An report in the state-owned Global New Light of Myanmar newspaper on Thursday said their neighbors and friends would be aware and legal action would be take against those who failed to report themselves voluntarily.

“If we do not take this kind of action, the disease could spread very quickly in a place like Yangon,” Aung San Suu Kyi, the country’s de facto leader, said Monday in a video meeting with health officials posted online.

During that meeting, Suu Kyi said the virus appeared to have “reached a plateau” in Rakhine, but was spreading in around Yangon, the country’s largest city.

She noted that she changed her plans to kick off her party’s election campaign this week when the health minister advised her not to travel from the capital Naypyitaw to Yangon.

The spread of the virus in Myanmar has also caused concern in Thailand, the country’s eastern neighbor. Thailand’s border has been closed to virtually all arrivals for months, but health authorities there expressed concern about Myanmar’s outbreak reaching the border area in the coming weeks. 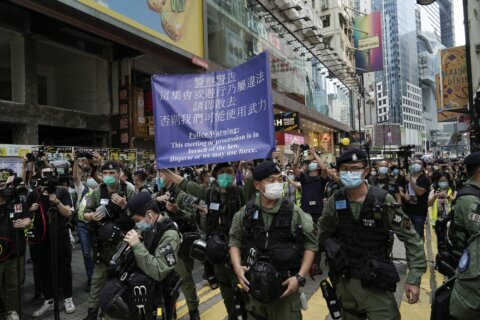