Suga bowed deeply several times when the results were announced, as fellow governing party lawmakers applauded in parliament’s more powerful lower house. He was also confirmed in the upper house.

Suga, who was chief Cabinet secretary and the top government spokesman under Abe, selected a Cabinet with a mix of fresh faces and current or former ministers, a lineup that suggests a continuation of Abe’s influence while reflecting Suga’s pledge of administrative reforms.

Suga has stressed his background as a farmer’s son and a self-made politician in promising to serve the interests of ordinary people and rural communities. He has said he will pursue Abe’s unfinished policies and that his priorities will be fighting the coronavirus and turning around an economy battered by the pandemic.

“Response to the coronavirus is the immediate priority,” Suga, wearing a formal suit, said at his first news conference as prime minister Wednesday night. “I will carry on former Prime Minister Abe’s policies and push them forward in order to overcome this national crisis and restore safety for the people.”

Suga was a loyal supporter since Abe’s first stint as prime minister from 2006 to 2007 and helped him return to the job in 2012.

Abe, 65, announced last month he was resigning because of a chronic illness. He said Wednesday that as a lawmaker, he will support Suga’s government.

Suga, 71, praised Abe’s diplomacy and economic policies when asked what he would like to accomplish himself. He pledged to speed up Japan’s lagging digital transformation and appointed a special minister, Takuya Hrai.

Suga also said he will push reforms by breaking down bureaucratic barriers and vested interests. But in reshuffling key posts within the party, Suga evenly allocated top posts to key factions, a balancing act seen as returning favors for support in the leadership race.

Suga said late Wednesday he will further deepen the Japan-U.S. alliance to protect the national interest, and wants to build “a stable relationship with neighboring countries including China and Russia.”

Suga said he was appointing “reform-minded, hard-working people” to the new 20-member Cabinet. Eleven members of the last Abe administration were retained or shifted to different ministerial posts.

Abe’s younger brother, Nobuo Kishi, who has close ties with Taiwan, was appointed defense minister, replacing Taro Kono, who was shifted to administrative reforms minister. China claims Taiwan is its territory and opposes contacts between other countries and the self-ruled island.

But in reaction to Kishi’s appointment, Wang said Beijing hopes Japan will “abide by the one-China principle and avoid any form of official exchanges with Taiwan.”

Kishi, who in the past has said Japan should consider acquiring nuclear weapons, said as a Cabinet member he will abide by the government’s non-nuclear principle. He said he will study ways to bolster missile deterrence, including acquiring a first-strike capability.

Hashimoto and Yoko Kamikawa are the only Cabinet ministers who are women. Kamikawa in her last stint as justice minister in 2018 ordered the executions of 13 Aum Shinrikyo cult members for the 1995 gas attacks on Tokyo subways.

Compared to his political prowess at home, Suga has hardly traveled overseas and his diplomatic skills are unknown, though he is largely expected to pursue Abe’s priorities.

He will inherit a range of challenges, including relations with China, which continues its assertive actions in the contested East China Sea, and the fate of the Tokyo Olympics, which were postponed to next summer due to the coronavirus. And he will have to establish a good relationship with the winner of the U.S. presidential election. 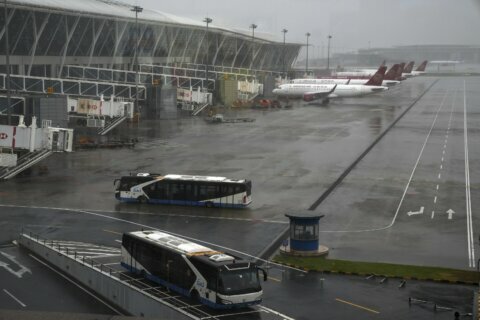 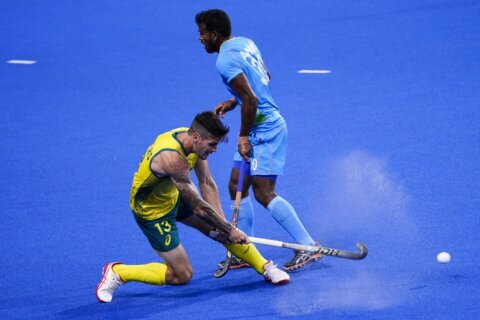 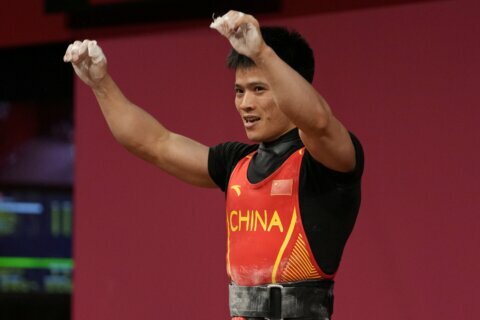