India now 2nd behind US in virus cases amid economic pain

India's increasing coronavirus caseload made the Asian giant the world's second-worst-hit country behind the United States on Monday, as its efforts to head off economic disaster from the pandemic gain urgency.
Listen now to WTOP News WTOP.com | Alexa | Google Home | WTOP App | 103.5 FM
(1/12) 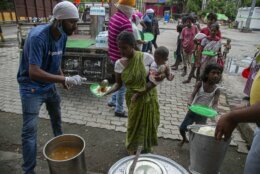 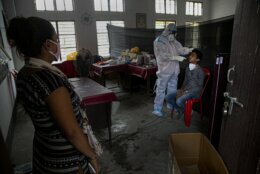 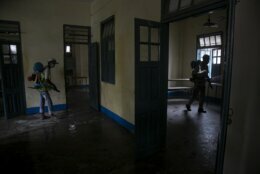 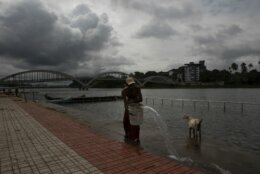 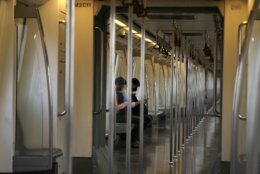 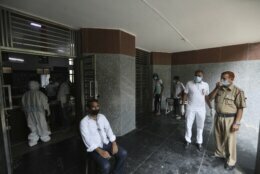 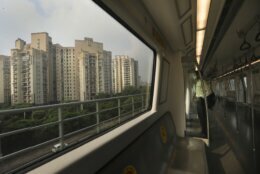 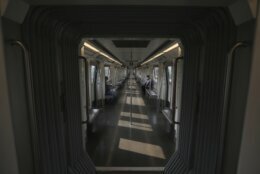 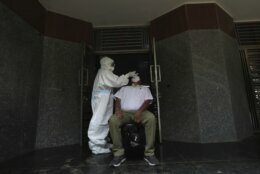 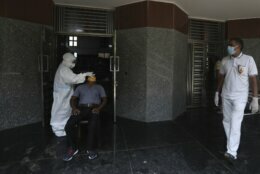 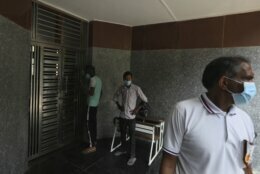 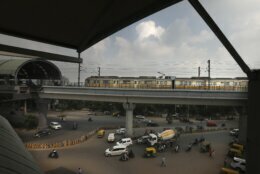 NEW DELHI (AP) — India’s increasing coronavirus caseload made the Asian giant the world’s second-worst-hit country behind the United States on Monday, as its efforts to head off economic disaster from the pandemic gain urgency.

The 90,802 cases added in the past 24 hours pushed India’s total past Brazil with more than 4.2 million cases. India is now behind only the United States, where more than 6.2 million people have been infected, according to Johns Hopkins University.

The world’s second-most populous country with 1.4 billion people, India has been recording the world’s largest daily increases in coronavirus cases for almost a month. Despite over 2 million new cases in the past month and the virus spreading through the country’s smaller towns and villages, the Indian government has continued relaxing restrictions to try and resuscitate the economy.

On Monday, the Delhi Metro, which serves India’s sprawling capital, New Delhi, and adjoining areas, resumed operations after remaining shuttered for more than five months. The commuters were scarce and stations deserted. Only asymptomatic people were allowed to board the trains, with masks, social distancing and temperature checks mandatory.

Security personnel used metal detectors attached to rods to ensure social distancing during frisking at the stations, and commuters were allowed to enter only after sanitizing their hands.

New Delhi’s streets have already returned to their normal bustle, and people are again flocking to markets. The city’s bars will reopen on Wednesday.

The reopenings come after India’s economy shrank faster than any other major nation’s, nearly 24% in the last quarter.

India’s economic pain dates to the demonetization of the nation’s currency in 2016 and a hasty rollout of a goods and services tax the next year. But the strict virus lockdown that started on March 24 further exacerbated the economic woes.

When Prime Minister Narendra Modi ordered everyone in the country to stay indoors, the whole economy shut down within four hours. Millions lost their jobs instantly and tens of thousands of migrant workers, out of money and fearing starvation, poured out of cities and headed back to villages. The unprecedented migration not only hollowed out India’s economy but also spread the virus to the far reaches of the country.

Now, as cases surge, most of the country, except in high-risk areas, has already opened up, with authorities saying they have little choice.

Almost 60% of India’s virus cases are now coming from the states of Andhra Pradesh, Tamil Nadu, Karnataka, Maharashtra and Uttar Pradesh, the nation’s most populous state. But infections are also returning to areas that had managed to slow the spread of the virus, offsetting marginal gains.

Initially hit hard by the virus, New Delhi had seemed to turn the tide through its aggressive screening for patients. But after reopening steadily, the state has reported a recent surge in cases and fatalities. The reopening of the metro is expected to further worsen the situation, experts fear.

The recent surge in cases also highlights the risks of India’s strategy on relying too heavily on rapid tests that screen for antigens or viral proteins. These tests are cheap, yield results in minutes and have allowed India to test over a million people a day.

But they are also less precise and likely to miss infected people, said Dr. Gagandeep Kang, an infectious diseases expert of Christian Medical College at Vellore in southern India.

India also says its recovery rate is 77.3% and that the fatality rate has declined to around 1.72%.

But the economic crisis means that people in India, especially the poor who were inordinately impacted by the harsh lockdown, have to go out and work. They are also less likely to have access to good healthcare.

The virus has already deepened misery in the country’s vast hinterlands and poorer states, where surges have crippled the underfunded healthcare system and stretched resources.

S.P. Kalantri, a public health specialist, said India’s poor face a “desperate choice” between “an immediate death versus a death that could come any time.”

“The disease is already there in the villages,” he said.