PHNOM PENH, Cambodia (AP) — A young Cambodian man popular on the TikTok social media platform was arrested after posting a video that questioned the country’s reverence for its famed Angkor Wat temple, and was ordered detained even though he quickly deleted it and posted an apology, police said Thursday.

Maj. Gen. Pen Rath, police chief in the eastern province of Tbong Khmum, said Nhel Thearina, who has more than 100,000 TikTok followers, was arrested shortly after posting the video, which was shared on Facebook, where it drew sharp condemnation.

TikTok is especially popular with younger people, and some seek to draw followers through attention-grabbing antics.

He was arrested because the video could cause chaos in society, said Pen Rath, who did not know what he was charged with when he was brought before a court on Wednesday. He was ordered held for further investigation by the judge, who could not be reached for comment..

In the video posted Tuesday, Nhel Thearina declared: “Why does everyone love posting about Angkor Wat temple? Everyone loves posting Angkor Wat, as if Angkor Wat belongs to Cambodians. In fact, it does not belong to Cambodians, so don’t post it. If you can stop, please stop.”

It was not clear why he made such assertions, which are historically inaccurate. The temples at Angkor, built between the 9th and 15th centuries, are Cambodia’s biggest tourist attraction, as well as a UNESCO World Heritage site and a symbol of national pride that is emblazoned on the Cambodian flag.

In the video in which he apologized, Nhel Thearina acknowledged he was wrong and asked for forgiveness.

“I have said that Angkor Wat temple does not belong to Cambodia. Yeah, I was told that I wrongly said those words and now I would like to give my apology. I was wrong to say those words,” he said, putting his hands together in a gesture of respect. 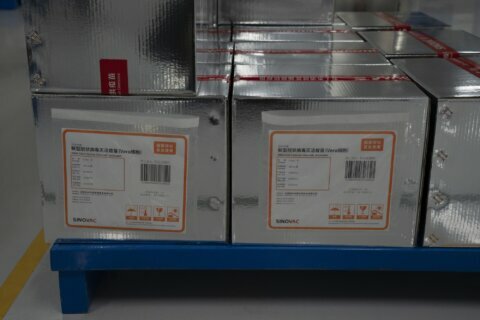 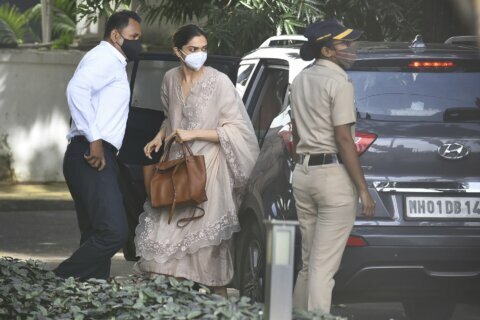