TOKYO (AP) — IOC President Thomas Bach delivered a pep talk to Japanese government officials and local organizers on Thursday that included suggestions that “hundreds of millions” of doses COVID-19 vaccines would be available before the postponed Olympics open in July.

Bach was speaking from Switzerland in an on-line gathering of officials in Japan during the first of two days of meetings focused on how to pull off the delayed Tokyo Games.

Bach pointed out that major sports events like the Tour de France have been held with limited fans and without the vaccine. But he said a vaccine — or vaccines — could be ready for Tokyo, although he gave few details.

“We have very encouraging news about the development of a vaccine — and not only a vaccine, but vaccines,” he said.

Bach added that the International Olympic Committee was in contact with the World Health Organization and other “experts” and unnamed pharmaceutical companies. He said they were “unanimous” in saying that a vaccine will be available at the beginning of next year.

“In the first couple months of next year we will have different vaccines.” Bach said. “They will be available in very considerable doses.”

Bach said this could amount to “hundreds of millions of doses being available already in the first half of the next year.”

A handful of vaccines already are in final testing in the United States and other countries, and hopes are high they might be ready by the end of the year. Bach has previously said he was also in contact with Chinese pharmaceutical company Sinovac.

Bach did not tackle the big ethical question: Should young, healthy athletes be a priority for a vaccine, ahead of health workers and vulnerable populations? And will athletes want to take a vaccine, fearing they might fall ill days before competing?

Speaking for about 15 minutes, Bach tried to assure Japanese organizers — and the Japanese public and sponsors who have been skeptical that the games will happen — that planning is on track.

Domestic sponsors have contributed $3.3 billion to the local operating budget, and polls suggest many are reluctant to renew their contracts.

Surveys have shown a majority of Japanese companies and the public don’t think the Olympics will happen next year — or should happen.

Back repeated several times that next year’s games have to be “fit for the post-Corona world.” He said the Tokyo Olympics were the “best prepared” in history, but that will not be enough.

“We cannot just repeat the great work you have been doing, or copying it and slightly adapting it. We have to adapt it to this new world,” Bach said.

He also said the IOC and local organizers would not be rushed to reveal details of exactly how the Tokyo Olympics will take place. He said many scenarios were in play, and might be up until the opening ceremony.

“Nobody can expect from us that we know already exactly what needs to be done in 10 months from now,” he said. “This work will continue until the day of the opening ceremony because it is new for all of us.”

He also pointed out that many countries are in different stages of COVID-19, and in the reliability of their testing.

The two-day meeting this week come as Japan’s Kyodo news agency has reported more details about the bribery scandal that seemed to have helped Tokyo land the Olympics in 2013. It forced the resignation last year of Tsunekazu Takeda, the president of the Japanese Olympic Committee. 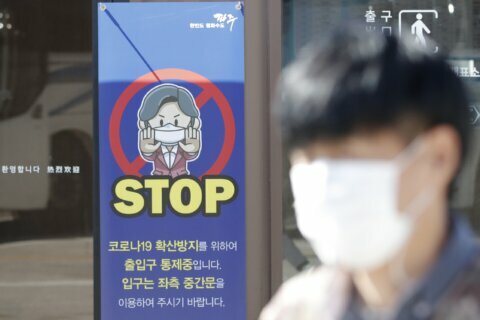 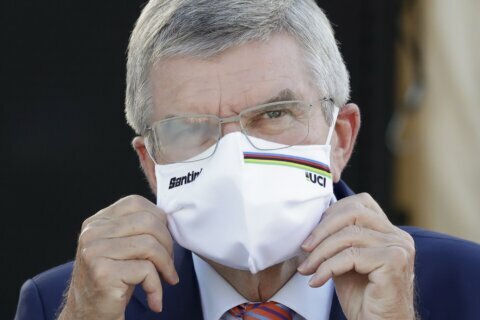 Thai PM repeats calls for calm ahead of protesters’ deadline