BANGKOK (AP) — Thailand’s government has decided to delay the purchase of two submarines from China, withdrawing its request to parliament to include the sum for an initial payment in the fiscal year 2021 national budget.

Government spokesman Anucha Burapachaisri announced Monday that Prime Minister Prayuth Chan-ocha, who concurrently serves as defense minister, had told the navy to delay the 22.5 billion baht ($723 million) purchase until fiscal year 2022. The government had sought to have 3.375 billion baht ($108 million ) included in the 2021 budget to cover the first of seven annual installment payments.

Funding the submarines had become a hot political issue, with critics saying the purchases could not be justified while the country carried a huge economic burden from the coronavirus crisis. It also threatened to create fissures in Prayuth’s ruling coalition government, as a major partner threatened to oppose its inclusion in the budget.

Anucha said the government’s decision showed that the prime minister understood the worries of the Thai people, so the money will instead be used for other purposes, such as a relief program for those who are affected by the coronavirus outbreak.

Thailand will soon start negotiations with China on the details of delaying the purchase, he said. A report on the website of the Bangkok Post newspaper said Beijing has already agreed to the delay.

Thailand expects to receive its first modern submarine in 2023 as part of the same deal with China. Its purchase was funded in the 2017 budget.

The purchase delay may serve to ease pressure on Prayuth’s government, which has been facing a well-organized student-led protest movement seeking to oust it from power. The protesters, who say their goal is greater democracy, want new elections, amendments to the constitution and an end to intimidation of critics of the government. They charged that the request to fund the submarine purchases was an example of how the government neglected the public good in favor of expensive military projects with debatable benefits. 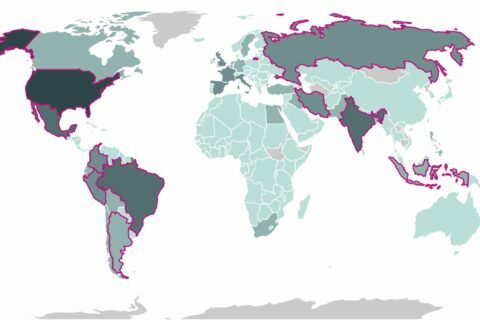 The Latest: Philippine province to go under mild lockdown