HONG KONG (AP) — The Hong Kong government on Thursday condemned the U.S.’s decision to suspend bilateral extradition and tax exemption treaties with the semi-autonomous Chinese city, saying it was being used as a pawn in geopolitics.

On Wednesday, the U.S. suspended its extradition treaty with Hong Kong, becoming the latest country to do so after Canada, Australia and Britain suspended such agreements. The U.S. also suspended a bilateral agreement with Hong Kong on the reciprocal tax exemptions on income derived from the international operation of ships.

“The US’ unilateral decision reflects its disrespect for bilateralism and multilateralism under the current administration and should be condemned by the international community,” the statement said.

“The HKSAR Government strongly objects to and deplores the US’ action, which is widely seen as a move to create troubles in China-U.S. relationship, using Hong Kong as a pawn.”

The government said that the bilateral agreements were not preferential treatment given to Hong Kong, but were negotiated in good faith to benefit both parties.

Hong Kong has faced mounting international pressure over the implementation of a national security law, approved by Beijing, which has been viewed as an attack on the “one country, two systems” framework under which the city has been governed since its return to China in 1997.

“Hong Kong is an issue that’s going to be with us for quite some time, and in a frustrating way,” said Bader.

“It’s part of China and things that are internal to China, even if they have an international dimension, like Hong Kong and Xinjiang, the Chinese have a demonstrated disdain for outside opinion and are inflexible in reaction to it.”

Separately on Thursday, lawmakers from Hong Kong’s largest pro-democracy party, the Democratic Party also said they planned to hold a poll and debate to determine whether they will continue serving in the legislature another year, following the postponement of elections due to the coronavirus outbreak.

Opinions within the pro-democracy camp differ on whether lawmakers should boycott the extension of their term or stay to have a voice in the legislature. Lawmakers in favor of boycotting say staying sets a precedent to delay elections.

“The public opinion is still very divided, we want the solidarity of the people,” said James To, a member of the Democratic Party, at a news conference. “We would prepare at least one debate in order … to have a comprehensive range of arguments and points so that the whole society can decide.”

The elections were to be held in September but have been postponed a year after the city’s virus outbreak grew again.

Democratic Party lawmakers did not specify a time frame or details of the public poll.

Several pro-democracy lawmakers have already spoken out against serving another year in the legislature.

Ray Chan, chairman of the People Power party, said on Twitter he would boycott the “illegitimate” extension and that accepting the appointment would mean accepting the authority of city leader Carrie Lam’s government and would allow Beijing to “arbitrarily change the term” of legislators.

“It’ll open the floodgate for all kinds of meddling for years to come,” said Chan.

AP journalist Ken Moritsugu in Beijing contributed to this report. 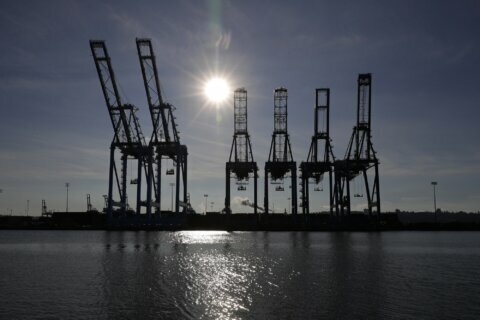