The testing program, which will last up to two weeks, will allow every Hong Kong resident to be tested on a voluntary basis, she said.

“For the good of yourself and others, and for safeguarding public health, please take part in the scheme,” Lam said. “What we’re doing today is so that we can come off the epidemic as soon as possible, so that we can resume our economic activities.”

The testing is aimed at identifying people who are infected with the coronavirus but have exhibited no symptoms, officials said. The city, which has 7.5 million people, has conducted over 1.2 million coronavirus tests so far.

A new surge in infections which started in July has more than tripled the number of cases in the city to 4,632.

Businesses such as beauty salons and bars have been temporarily shuttered and there is a ban on dine-in services after 6 p.m. as part of social distancing measures. The city’s economy contracted 9% in the second quarter of this year, marking a full year of recession due to last year’s anti-government protests and the pandemic.

Lam said the testing was possible because of support from Beijing, which is providing resources such as laboratory staff to boost testing capacity in the semi-autonomous Chinese city.

The city’s government has faced pushback from skeptical residents and critics who are worried about privacy issues, given that the program is supported by the Chinese Communist Party. Some fear the tests will be used to produce DNA records of residents.

Criticism of the mainland government has grown since it imposed a new national security law in Hong Kong which has been viewed as an attack on the “one country, two systems” framework under which the city has been governed since its return to China in 1997.

Lam brushed aside such concerns, saying that no matter what the government does, there will always be people who come up with conspiracy theories.

Dr. Gagandeep Kang, an infectious diseases expert at the Christian Medical College in Vellore in southern India, said universal testing can help wipe the virus out provided that those who test positive are immediately isolated and frequent retesting is conducted to ensure that the tests do not miss people who fall sick later. 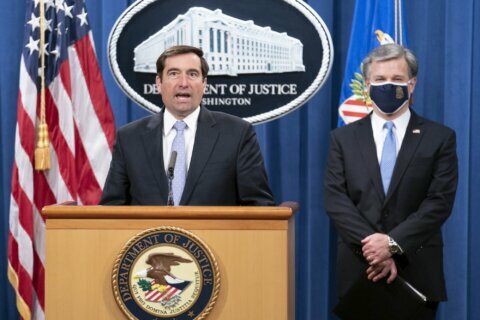