HONOLULU (AP) — An American consultant pleaded guilty Monday in an illicit lobbying effort to get the Trump administration to drop an investigation into the multibillion-dollar looting of a Malaysian state investment fund, and to arrange for the return of a Chinese dissident living in the U.S.

Federal prosecutors say Nickie Mali Lum Davis failed to disclose to the federal government that the lobbying effort was done on behalf of a fugitive Malaysian financier who has been charged in the U.S. with conspiring to launder billions of dollars from the fund.

Davis, 45, pleaded guilty to a single count involving a violation of the Foreign Agents Registration Act, which requires individuals enlisted by foreign entities to lobby the U.S. government to register that work with the Justice Department.

Davis said that she knew the government contacts she made would require registration but she “willfully failed to register.”

The charge arises from the complicated saga of 1MDB, a Malaysian wealth fund that was established more than a decade ago to accelerate the country’s economic development but that prosecutors say was actually treated as a piggy bank by associates of former Malaysian Prime Minister Najib Razak.

U.S. prosecutors allege that at least $4.5 billion was stolen from the fund and laundered by Najib’s associates to finance Hollywood films and buy hotels, a luxury yacht, artwork, jewelry and other extravagances. Najib was sentenced July 28 in Malaysia to 12 years in prison.

The effort to wipe away legal troubles for the Malaysian financier who prosecutors say helped orchestrate the pilfering was ultimately unsuccessful.

The Justice Department in 2018 charged Jho Low, who remains at large, in connection with the alleged money laundering and last year reached a civil settlement to recover more than $700 million in assets that officials say are traceable to the looted funds. Low denies any wrongdoing and did not admit any guilt or liability as part of the settlement.

The latest case accuses Davis of working with a politically connected fundraiser with close ties to President Donald Trump to press the Justice Department to abandon forfeiture claims seeking the recovery of assets purchased with laundered proceeds.

Davis faces up to five years in prison and a $10,000 fine when she’s sentenced in January.

Prosecutors say Davis is cooperating with the U.S. government. As part of a plea agreement where prosecutors agree not to pursue additional charges against her, she must forfeit $3 million in proceeds from the offense.

She pleaded guilty via video from Los Angeles during a hearing in Honolulu, where she is charged. When the judge asked if she lives in Beverly Hills, her attorneys said she lives in California and has a home in Hawaii.

Abbe David Lowell, one of her defense attorneys, said Davis needs to travel internationally for business and to meet with her attorneys and prosecutors in Washington, D.C.

Kobayashi said that wouldn’t be possible without her permission. Details of Davis’ travel must be provided in advance, the judge said.

“The government wants her to travel all over the world because she’s cooperating — that’s their kuleana,” she said, using the Hawaiian word that can mean “responsibility.”

The judge’s responsibility is the safety of the community and ensuring that Davis doesn’t disappear, she said.

Kobayashi said she won’t grant Davis special treatment because of her wealth.

Kobayashi disagreed, saying Davis has the resources to flee, along with the motivation of a serious charge that will likely involve some prison time.

“She has a high risk of non-appearance,” Kobayashi said.

AP journalist Eric Tucker contributed to this report from Washington. 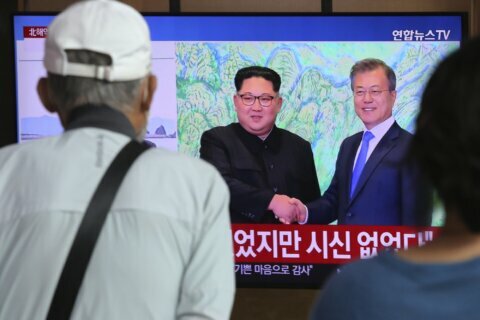 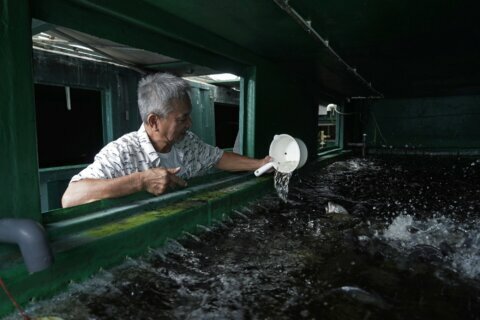