Extreme poverty rises and a generation sees future slip away 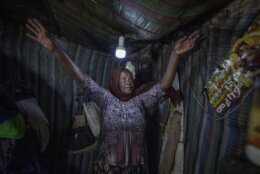 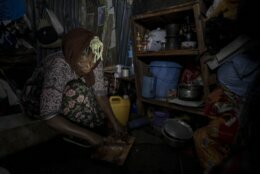 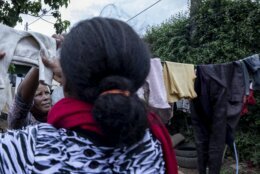 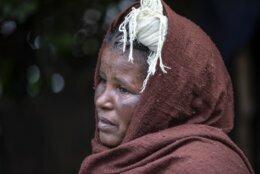 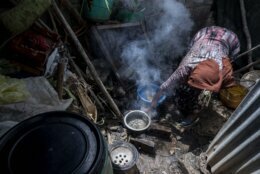 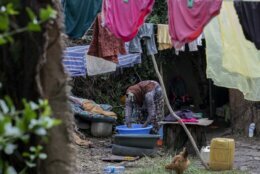 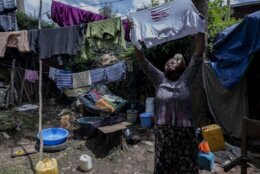 ADDIS ABABA, Ethiopia (AP) — As a domestic worker, Amsale Hailemariam knew from the inside out the luxury villas that had grown up around her simple shelter of raw metal and plastic sheeting. And in them, she saw how her country, Ethiopia, had transformed.

The single mother told herself, “Oh God, a day will come when my life will be changed, too.” The key lay in her daughter, just months from a career in public health, who studied how to battle the illnesses of want and hunger.

Then a virus mentioned in none of her textbooks arrived, and dreams faded for families, and entire countries, like theirs. Decades of progress in one of modern history’s greatest achievements, the fight against extreme poverty, are in danger of slipping away because of the COVID-19 pandemic. The world could see its first increase in extreme poverty in 22 years, further sharpening social inequities.

“We are living in a state where we are above the dead and below the living,” Amsale said, near tears. “This is not life.”

With the virus and its restrictions, up to 100 million more people globally could fall into the bitter existence of living on just $1.90 a day, according to the World Bank. That’s “well below any reasonable conception of a life with dignity,” the United Nations special rapporteur on extreme poverty wrote this year. And it comes on top of the 736 million people already there, half of them in just five countries: Ethiopia, India, Nigeria, Congo and Bangladesh.

India is struggling with one of the world’s largest virus caseloads and the effects of a lockdown so abrupt and punishing that Prime Minister Narendra Modi asked the poor to forgive him. Nigeria, Africa’s most populous nation, has surpassed India with the most people in extreme poverty — roughly half its citizens. And Congo remains one of the world’s most crisis-ridden countries, with outbreaks of Ebola and measles smoldering.

Even China, Indonesia and South Africa are expected to have more than 1 million people each fall into extreme poverty, the World Bank says.

“It’s a huge, huge setback for the entire world,” Gayle Smith, president of the ONE Campaign to end extreme poverty, told The Associated Press. Smith, a former administrator for the U.S. Agency for International Development, called the global response to the crisis “stunningly meager.”

Most of the millions newly at risk are in sub-Saharan Africa, a region that against countless odds had some of the world’s fastest growing economies in recent years. The World Bank shared with the AP the earliest data out of Ethiopia as it takes a global measure of the pandemic’s direct effects over several months, showing that the pain is already widespread. Similar efforts are under way in more than 100 countries.

Back in 1991, when Ethiopia began its transformation, the country was exhausted by war. A new leader, Meles Zenawi, was shaking off years of Marxist dictatorship and terrifying drought whose images of withered children left the world aghast. The former rebel had a vision that became his legacy, one of bringing millions of countrymen out of grinding poverty.

Amsale was newly arrived in the capital, Addis Ababa, from what is now neighboring Eritrea, her baby daughter in her arms. For her the child, Bethlehem Jafar, became a tiny symbol of the city’s rise.

Bethlehem benefited from the welfare of the state and the charity of those who saw in her a better future. Her mother scraped by through manual labor, vowing her girl would never do the same.

Fellow Ethiopians were moving up in the world, as the government looked to emulate China’s astonishing lifting of more than 800 million people from poverty. Some embraced new manufacturing jobs. Others left subsistence farms for the growing sectors of hospitality, services and aviation that catered to the changing times, hoping to join Africa’s expanding middle class.

The number of people in extreme poverty dropped dramatically, from nearly half of Ethiopia’s population in the mid-1990s to 23% two decades later. “Impressive,” the World Bank said.

The high-altitude city of Addis Ababa, Africa’s diplomatic capital, became an aviation hub, and a magnet for millions of citizens seeking better lives. Some grasped the first rung of upward mobility in the hustle of the untaxed informal sector, dodging the growing number of cars in the streets that signaled the middle class.

Under the country’s Nobel Peace Prize-winning prime minister, Abiy Ahmed, the capital in the past two years has seen a wave of new construction, including malls and luxury apartments. And a source of national pride is a massive dam near completion on the Nile, funded completely by Ethiopia and its citizens in a bid to pull millions more from poverty.

Now Ethiopians of all kinds are hurting in the pandemic. The country, along with Congo, Kenya, Nigeria, and South Africa, is expected to see half of sub-Saharan Africa’s new extreme poor.

As the huge economic toll ahead became clearer, Ethiopia’s prime minister took the global lead in appealing to rich countries to cancel the debt of poorer ones, saying his own country spends twice as much on paying off external debt as it does on health.

In trying to grasp the impact of a global slide into extreme poverty, even some experts feel at a loss. From his home in Addis Ababa, Fitsum Dagmawi has heard his countrymen’s fear. As part of the World Bank survey, he is calling people across the country and asking how their lives have changed since the virus arrived.

“We might interview five to 10 people a day, and this pandemic is affecting everyone,” he said. “We are feeling this stress every day.”

Some people begin weeping, recounting family member’s deaths, asking bewildered questions: What will we do now?

Jobs are gone. Families wonder how to feed their children. The gatherings that played a stabilizing role — church services, weddings, funerals — have been limited or lost.

“I will have to struggle,” one head of a household said.

The first round of calls to 3,200 households in Ethiopia found a 61% drop in employment, with many job losses in sectors closely tied to the country’s growth: construction, hospitality, restaurants, big hotels.

The second round of calls saw some rebound, but employment could mean anything in a country where most work remains informal. Now some people with degrees find themselves seeking manual labor.

It shows. In Ethiopia, 55% of households blamed a drop in regular income for the inability to buy items like medicine or staple foods. Nearly 40% had lost all earnings from remittances from the large diaspora, a crucial way to stay afloat.

For many Ethiopians, there is still little cushion between getting by and destitution. Just over 20% of households were relying on savings, and 19% were already eating less. A quarter had run out of food in the last 30 days, and just over 5% of households received support of any kind.

“I have not paid my rent for two months, and I’m not sure my landlord will give me more time,” a 32-year-old father of two told the AP. “Just imagine, out of work and living with COVID. It’s very stressful.”

He was fired in May from a Chinese-owned company in one of the industrial parks that have sprung up in recent years as a government-backed engine of development.

“We were told business is slow due to the virus,” the man said, speaking on condition of anonymity because he hoped to be rehired.

So much depends on how long the pandemic lasts. The African Development Bank once assumed that COVID-19 would subside by June, country director Abdul Kamara said. Now, he said, “decades of poverty reduction in Ethiopia could be lost.”

Before the pandemic, the bank estimated the country’s economy would grow by more than 7% this year. The current worst-case scenario shows just 2.6%.

Ethiopia’s revenue losses are estimated at $1.2 billion, at a time when the government needs more money to expand social safety nets, Kamara said. And some 2.5 million jobs are threatened, roughly the same number of Ethiopians who enter the workforce every year.

For a young woman like Bethlehem, the way forward seems in shambles. She was forced home from her studies as school closed and now shelters with her mother.

Their home is just steps away from a public toilet that overflows with the rainy season. “Even if we protect ourselves from infection, the area we are living in makes us vulnerable,’’ Amsale said. “And that worries us to death.”

The better-off neighbors who once welcomed her into their homes to cook and clean now turn her away, fearing the virus.

“They told me we should avoid contact,” she said. “There was no help I received from them since.”

She and her daughter make do with the equivalent of $34 a month that Amsale receives from local authorities for helping with projects like beautifying public spaces and sweeping the streets. But she doesn’t like to go out, fearing infection.

Bethlehem did not want to be photographed, anxious that images of her in the humble surroundings could further challenge her suddenly difficult future. She sat in their home, going over her books and lingering over a former teacher’s scribbled message of hope: “Bethi, we love you so much & wish you success in your education.”

Her knowledge of public health makes her keenly aware how poverty compounds the risks of a deadly pandemic.

“I think Ethiopia’s peak (virus) season is yet to come, and I really hope some vaccines will be available soon,” Bethlehem said. “For now, we are waiting for a miracle that can change our lives.”