PHNOM PENH, Cambodia (AP) — A construction crane in Cambodia’s northwestern city of Poipet on the border with Thailand collapsed Wednesday, killing at least five people and injuring four others.

The crane was being operated on ground made wet by rain, rendering it unstable, said Ath Khem, chief of the Banteay Meanchey provincial police. He said the crane fell as it was lifting heavy concrete blocks, and described the accident as resulting from carelessness.

Poipet, a major trading post, is a boom town with many casinos patronized by foreigners, including many from Thailand. It has a reputation as a “sin city.”

In recent years, a fast-growing economy fueled a construction spree in Cambodia. But the building boom has suffered from a number of fatal accidents, the result of shoddy construction practices and poor enforcement of safety standards.

In January, at least 36 people were killed in the collapse of a building under construction in the southern city of Kep, with 23 others rescued alive. Women and children were among the victims, since it is not unusual in Southeast Asia for the families of construction workers to live at the work site. 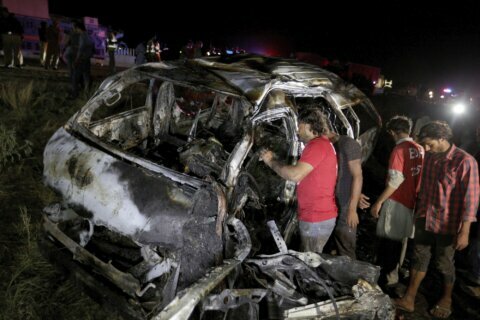 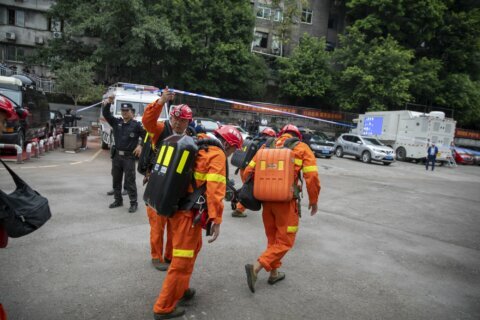