WASHINGTON (AP) — An American consultant has been charged in an illicit lobbying effort to get the Trump administration to…
Listen now to WTOP News WTOP.com | Alexa | Google Home | WTOP App | 103.5 FM

WASHINGTON (AP) — An American consultant has been charged in an illicit lobbying effort to get the Trump administration to drop an investigation into the multi-billion-dollar looting of a Malaysian state investment fund, and to arrange for the return of a Chinese dissident living in the U.S.

Federal prosecutors say Nickie Lum Davis failed to disclose to the federal government that the lobbying effort was done on behalf of a fugitive Malaysian financier who has been charged in the U.S. with conspiring to launder billions of dollars from the fund.

The Foreign Agents Registration Act requires individuals who are enlisted by foreign entities to lobby the U.S. government to register that work with the Justice Department. A criminal case filed in federal court in Honolulu charges Davis with a single count of violating that act, known as FARA.

A lawyer who has represented Davis did not return an email and phone message seeking comment. The U.S. Attorney’s office in Hawaii declined to comment.

The charge is the latest development arising from the complicated saga of 1MDB, a Malaysian wealth fund that was established more than a decade ago to accelerate the country’s economic development but that prosecutors say was actually treated as a piggy bank by associates of former Malaysian Prime Minister Najib Razak.

U.S. prosecutors allege that at least $4.5 billion was stolen from the fund and laundered by Najib’s associates to finance Hollywood films and buy hotels, a luxury yacht, artwork, jewelry and other extravagances. Najib was sentenced in Malaysia last month to 12 years in prison.

The effort to wipe away legal troubles for the Malaysian financier who prosecutors say helped orchestrate the pilfering was ultimately unsuccessful.

The Justice Department in 2018 charged Jho Low, who remains at large, in connection with the alleged money laundering and last year reached a civil settlement to recover more than $700 million in assets that officials say are traceable to the looted funds.

The latest case accuses Davis of working with a politically connected fundraiser with close ties to President Donald Trump to press the Justice Department and other administration officials to abandon forfeiture claims seeking the recovery of assets purchased with laundered proceeds.

Prosecutors say Low offered an $8 million retainer fee for the illicit lobbying, and an additional $75 million if the matter was resolved within 180 days.

During a May 2017 meeting in Bangkok, the fundraiser suggested that the money should not come from Low but should instead be “clean,” and Low identified a friend who could handle the payments, prosecutors allege.

The fundraiser is not identified by name, but his description in a court document filed last week matches that of Elliott Broidy, the former deputy chair of Trump’s inaugural committee.

The criminal case was filed last Monday, but court records do not show any activity since then. An email to a lawyer for Low was not immediately returned.

The lobbying campaign included helping facilitate a September 2017 meeting between Trump and Najib, which prosecutors say was in part to allow Razak to raise the 1MDB issue. An attempt to schedule a golf outing between the two leaders was unsuccessful.

The effort also included trying to arrange meetings with the Justice Department to lobby for the removal of a Chinese dissident who was living in the U.S. on a temporary visa. The dissident is not referred to by name by prosecutors, but the 39-page charging documents they filed references a Wall Street Journal article about the dissident with the headline: “China Cranks Up Heat on Exiled Tycoon Guo Wengui.”

Guo Wengui left China in 2014 during an anti-corruption crackdown led by President Xi Jinping that ensnared people close to Guo, including a top intelligence official. Chinese authorities have accused Guo of rape, kidnapping, bribery and other offenses and have sought the return of the self-exiled tycoon.

Guo made headlines on Thursday when Trump’s former chief strategist, Steve Bannon, was taken into custody while aboard Guo’s yacht off the coast of Connecticut on charges that he defrauded online donors in the name of helping build Trump’s southern border wall.

The Associated Press reported last year that a federal grand jury in New York was investigating whether Broidy used his position as vice chair of Trump’s inaugural committee to drum up business deals with foreign leaders. A lawyer who previously represented Broidy said Saturday that he was not his attorney. 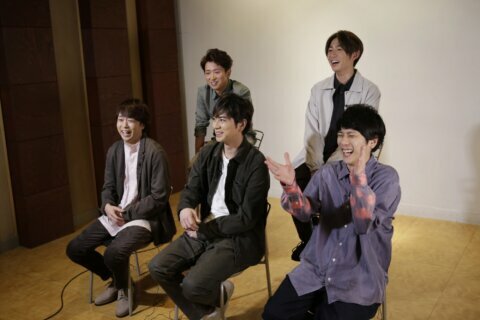