BANGKOK, Thailand (AP) — Prosecutors in Thailand have dropped all charges against a Thai heir to the Red Bull energy drink fortune who was accused of killing a Bangkok police officer in a 2012 car crash, officials said Friday.

Police Lt. Col. Thanawuth Sanguansuk confirmed that all charges against Vorayuth Yoovidhya have been dropped. The statute of limitations had run out for several, but the charge of causing death by reckless driving would not have expired for 15 years after the date of the crash.

The case attracted widespread attention because of perceptions that it showed the rich and well-connected have impunity in Thailand’s judicial system, which in recent years has also been criticized for alleged political bias, as have other state institutions.

Thanawuth said prosecutors who handled the case informed police last month of their decision to withdraw the last remaining charge.

“Yes, they had informed us of their opinion to drop all charges. They are citing the fact the family members (of the police officer) have been compensated” by Vorayuth’s family, Thanawuth said.

Vorayuth’s family owns about half of the Red Bull empire, which was co-founded by his grandfather. Forbes magazine’s list of the richest families in Thailand places them second, with an estimated wealth of $20.2 billion.

Vorayuth, better known by his nickname “Boss,” was wanted in connection with the Sept. 3, 2012, accident that occurred when he was allegedly roaring down one of Bangkok’s main streets at speeds of up to 177 kilometers (110 miles) per hour when his Ferrari struck and killed motorcycle policeman Sgt. Maj. Wichean Klunprasert.

Wichean and his mangled motorcycle were dragged by the Ferrari for several dozen meters (yards) before his body fell to the road. Police followed a trail of brake fluid to the Yoovidhya family’s nearby property. The car, which they found there, had a shattered windshield and its bumper was dangling. At first, a chauffeur was blamed for the accident, but Vorayuth later admitted to being the driver. He turned himself in and was released on the equivalent of about $16,000 bail the same day.

His lawyers managed to repeatedly put off any court appearances until April 2017, when a warrant was issued for his arrest a few days after he had left the country. His Thai passports were later revoked.

Despite the legal threats hanging over him, Vorayuth managed after the accident to lead a busy globetrotting life, flying in private Red Bull jets to attend Formula One races, go snowboarding in Japan and cruising in Venice, among other activities. His continuing jet-set lifestyle provoked widespread public anger when it was revealed by an Associated Press investigation.

Porn-anant Klunprasert, brother of the dead police officer, said in a phone call with The Associated Press that he signed a contract with the Yoovidhya family in 2012 in which the officer’s survivors agreed not to file criminal and civil charges over the death in exchange for 3 million baht ($94,400) in compensation.

However, he expressed dismay over the decision of prosecutors to drop charges.

“Many of my friends called to tell me that the state prosecutors have dropped the case,” he said. “It hurts me a lot. It shows no justice for the poor. Thailand has a very wide gap between the rich and the poor in every aspect, and this case is a clear example.”

At a news conference Friday, police spokesman Col. Krissana Pattanacharoen declared that the dropping of charges was done according to standard procedure and did not involve favoritism or double standards.

He said police had made known to the prosecutors the evidence they had collected and the results of their investigation, and the prosecutors made the decision to drop the charge, which police agreed with.

Krissana said Thai and Interpol arrest warrants were being canceled and news of the decision was already conveyed to the Yoovidhya family.

Sira Jenjaka, a lawmaker from the ruling Palang Pracharath party who heads the House of Representatives’ Committee on Legal Affairs, Justice, and Human Rights, told reporters that representatives of the police and prosecutor’s office will be summoned to explain the decision to drop charges.

The Latest: Germany virus cases rise by more than 2,500 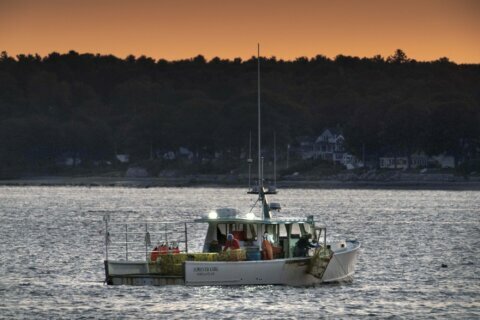