The Victoria state government said Melbourne and part of its surrounding area will be locked down for six weeks starting Wednesday night because the rate of coronavirus spread was unsustainable.

Prime Minister Scott Morrison said the federal government’s medical advice agreed with the Victorian government that the move was necessary.

“I hope it isn’t for that long. I hope it’s for a shorter period as possible,” he said.

Breaches of infection controls at Melbourne hotels where international travelers are required to isolate for 14 days have been blamed for much of the disease spread. The state government last week responded by banning new arrivals at Melbourne Airport for two weeks.

Morrison said he wanted to reduce the numbers of Australian citizens, permanent residents and foreigners exempt from Australia’s travel ban landing at Australian airports because of the strain on hotel quarantine.

— South Korea has reported 63 new cases of the coronavirus as health authorities scramble to stem transmissions tied to places such as churches, temples, restaurants and workplaces. The figures on Wednesday brought the national caseload to 13,244 infections, including 285 deaths. Twenty-nine of the new cases came from the densely populated Seoul area, which has been at the center of a virus resurgence since late May. At least 33 cases were linked to international arrivals.

— Authorities in Mumbai, one of the worst-affected Indian cities, are allowing people to get tested for COVID-19 without a doctor’s prescription. That’s in contrast to other major Indian cities where a prescription is mandatory. Iqbal Singh Chahal, a senior administrative official in Mumbai, says “we want to test as many people as possible.” The low rate of testing in India has been a concern. India has been conducting a little less than 7,400 tests per 1 million people. According to the Indian Council of Medical Research, more than 200,000 samples are being tested every day compared to just a few hundred in March. India reported 482 new deaths in the last 24 hours, taking the toll to 20,642. It also recorded 22,752 newly confirmed infections, increasing the total to 742,417.

— Hong Kong reported 19 new locally transmitted coronavirus infections on Wednesday, five of which could not be traced. Eight cases were linked to an infection cluster at an elderly care home and six to an outbreak in several restaurants in Kowloon. One of the patients, a 55-year-old taxi driver, is in critical condition. Five new non-local infections were also reported Wednesday, bringing Hong Kong’s total to 1,324, including seven deaths. At least nine educational institutions linked to recent cases have suspended classes.

— Indonesia reported a record 1,863 new coronavirus cases on Wednesday, taking its total to 68,079, as the government plans to begin reopening the tourist island of Bali. National COVID-19 Task Force spokesman Achmad Yurianto said 50 more people have died of the disease, taking the national death toll to 3,359, the highest in Southeast Asia. Bali Gov. I Wayan Koster said it will begin reopening its tourist spots for local residents and stranded foreign tourists on Thursday, for Indonesians who live outside of Bali on July 31, and for foreigners on Sept. 11. He said there would be “strict health guidelines” to prevent the spread of the coronavirus.

— A New Zealand politician has resigned after admitting he leaked the names of coronavirus patients to news media. Conservative opposition lawmaker Hamish Walker said Wednesday he was sorry for his actions and was withdrawing his candidacy for the September general election in a seat he was expected to win. Walker sent the details of 18 patients to several news outlets on condition he remain anonymous as the source. He said he was exposing a “significant privacy issue” for the government because the patient names weren’t password secured. But news organizations said he’d given them the information to refute claims he was racist, after he’d earlier said that active cases were coming into the country from India, Pakistan and South Korea. The news organizations did not publish the names. National Party leader Todd Muller said there was a “clear breach of trust” by Walker, which went against the party’s values. A former National Party president, Michelle Boag, also resigned from several political and nonpolitical roles after acknowledging she’d leaked the names to Walker.

— New Zealand authorities said Wednesday they will press charges against a coronavirus patient who escaped quarantine in Auckland and went shopping at a supermarket. Air Commodore Darryn Webb, head of managed isolation and quarantine, said the 32-year-old man escaped through a fence at the Stamford Plaza hotel and was gone for just over an hour before returning. The man later tested positive for the virus. Webb said he was a New Zealander who’d recently returned from India and his actions were “completely unacceptable.” New Zealand has eliminated community transmission of the virus and is trying to contain cases at the border by placing new arrivals into a 14-day quarantine at various hotels. The man could face a fine or a maximum of six months in jail if found guilty. Webb said security video indicated the man had not been in close contact with others at the Countdown supermarket and had used a self-service checkout. Nevertheless, the supermarket has been closed for a deep clean. 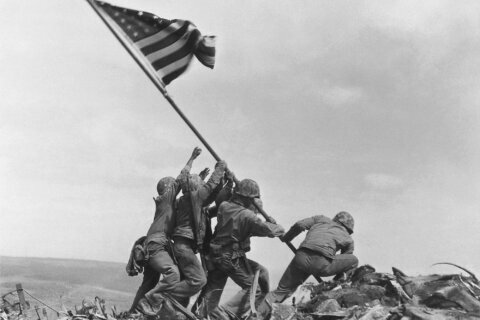 75 years later, can Asia shake off shackles of the past?