State Premier Daniel Andrews said Sunday that the deaths included seven men and three women. A man in his 40s became one of the youngest COVID-19 fatalities in Australia.

There were 459 new infections, the 21st straight day of triple-figure increases.

The fatalities bring Victoria’s toll to 71 and Australia’s national tally to 155. A total of 228 people are hospitalized in Victoria, including 42 in intensive care.

Victoria processed 42,973 tests on Saturday, Andrews said, “far and away the biggest testing result that we’ve seen on a single day.”

He said he is not currently planning to extend the lockdown in Melbourne, Australia’s second-largest city.

— North Korea says leader Kim Jong Un has placed the city of Kaesong near the border with South Korea under lockdown after a person was found with suspected COVID-19 symptoms. Kim said he believes “the vicious virus” may have entered the country, state media reported Sunday. If the person is officially declared a virus patient, he or she would be the North’s first confirmed coronavirus case. North Korea has steadfastly said it has had no virus cases, a claim questioned by outside experts.

— South Korean authorities began allowing spectators to return to professional sports amid the coronavirus pandemic. After a weeks-long delay, South Korea’s 2020 baseball season began in early May without fans in the stands amid a then-slowing virus outbreak in the country. Seats in baseball stadiums had since been filled with cheering banners, dolls or pictures of fans. On Sunday, the Korean Baseball Organization allowed a limited number of fans, or 10% of the stadium capacity, to watch games in person. They entered stadiums after their temperatures and smartphone QR codes were checked. During the games, they were required to wear masks and sit at least a seat apart while being banned from eating food and drinking any alcoholic beverages in line with KBO guidelines.

— Vietnam on Sunday reimposed restrictions in one of its most popular beach destinations after a second person tested positive for the virus, the first locally transmitted cases in the country in over three months. Da Nang authorities banned gatherings of more than 30 people in public places as well as all sport, cultural and religious events in the city of 1.1 million. Theme parks, beauty salons, bars and clubs were also ordered shut. On Sunday, a 61-year-old man was confirmed to be infected, a day after a 57-year-old tested positive for the coronavirus. Both are in critical condition and require life support.

— China reported 46 new cases on Sunday, the highest daily tally in more than a month, as it took steps to stem recent outbreaks that have infected more than 160 people at opposite ends of the country. Authorities confirmed 22 cases in Urumqi, a city in the Xinjiang region in the country’s far west, the official Xinhua News Agency said. That raised the total in the local outbreak to 137 since the first case was detected 10 days ago. Another 13 cases were confirmed in Liaoning province in the northeast, bringing the total there to 25, almost all in the city of Dalian. The National Health Commission also reported 11 imported cases in the latest 24-hour period, in people who had arrived from overseas. China has recorded 83,830 cases and 4,634 deaths since the pandemic began. The health commission said that 288 patients remain in treatment, including 18 in critical condition.

— The number of South Korea’s new coronavirus cases has fallen back to below 60, a day after it reported 100-plus for the first time in nearly four months. The Korea Centers for Disease Control and Prevention confirmed 58 additional cases over the past 24-hour period, bringing the total to 14,150 with 298 deaths. Twelve of the newly confirmed cases were locally infected while the rest came from overseas. Health authorities said the 113 cases on Saturday were mostly imported infections found among cargo ship crews and hundreds of South Korean construction workers airlifted out of virus-ravaged Iraq. 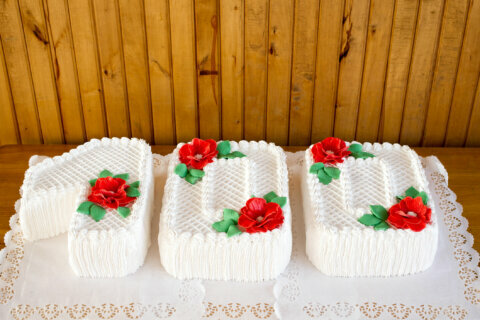