Nissan Chief Executive Makoto Uchida told shareholders Monday he is giving up half his pay after the Japanese automaker sank into the red amid plunging sales and plant closures in Spain and Indonesia.
Listen now to WTOP News WTOP.com | Alexa | Google Home | WTOP App | 103.5 FM

TOKYO (AP) — Nissan Chief Executive Makoto Uchida told shareholders Monday he is giving up half his pay after the Japanese automaker sank into the red amid plunging sales and plant closures in Spain and Indonesia.

Uchida apologized for the poor results and promised a recovery by 2023, driven by cost cuts and new models showcasing electric-car and automated-driving technology.

“We will tackle these challenges without compromise,” he said at a live-streamed meeting. “I promise to bring Nissan back on a growth track.”

All the world’s automakers have been hurt by nose-diving sales caused by the coronavirus pandemic.

But the problems are especially serious for Nissan Motor Co., which already was fighting to salvage its reputation after the financial misconduct scandal of its former star executive Carlos Ghosn.

Nissan, based in Yokohama, Japan, sank into its first annual loss in 11 years, reporting a 671.2 billion yen ($6.3 billion) loss for the fiscal year that ended in March. It has not given a projection for this fiscal year, citing uncertainties over the virus outbreak.

One angry shareholder got up and said executives should give up more of their pay since investors were getting zero dividends. Another said Nissan needed to do more to strengthen its governance, arguing things have been getting worse, not better, since the departure of Ghosn, who was arrested in late 2018.

One stock owner appeared to speak up for Ghosn, stressing Nissan had lost people’s trust after ousting him without giving him a chance to defend himself over problems that might have been solved internally, instead appearing to collude with prosecutors and government officials.

Nissan officials denied any collusion and said the company has sued in civil court, seeking compensation for the damages it says it suffered because of Ghosn.

Ghosn was set to face trial in Tokyo on charges of under-reporting future compensation and breach of trust when he fled to Lebanon in late 2019. He says he is innocent.

Uchida again outlined Nissan’s strategy to focus on three major global markets, Japan, China and North America, including Mexico, and relying on alliance partners for the other markets. The company also plans to reduce the number of models it offers.

But one investor noted Nissan sales weren’t picking up in the U.S. or China, and Nissan stock prices were continuing to slip.

Uchida reiterated Nissan wants to close the Barcelona plant, but said negotiations were ongoing. Auto union workers have protested the move, which will lead to the loss of 3,000 jobs in the region.

One shareholder got applause from the crowd when he said Nissan lacks an attractive vision compared to Japanese rivals Toyota Motor Corp., which is aggressively developing ecological technology, and Honda Motor Co., boasting robots and jets in its lineup.

After a nearly two-hour shareholders’ meeting, the reappointment of all 12 board Nissan members were approved, shown by applause, and including votes taken ahead of time.

The board members include Jean-Dominique Senard, chairman of Nissan’s alliance partner Renault, who took part online from France but said nothing.

Two men suspected of helping Ghosn’s escape were arrested last month in the U.S. Japanese prosecutors are seeking their extradition. Japan is also trying to get Ghosn extradited, but Japan has no extradition treaty with Lebanon. 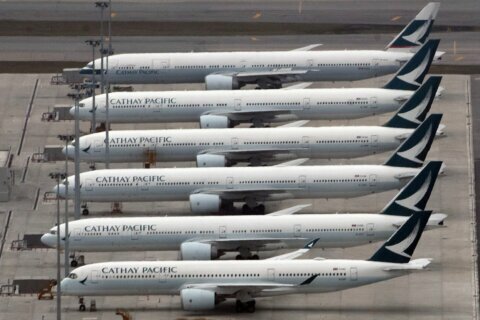 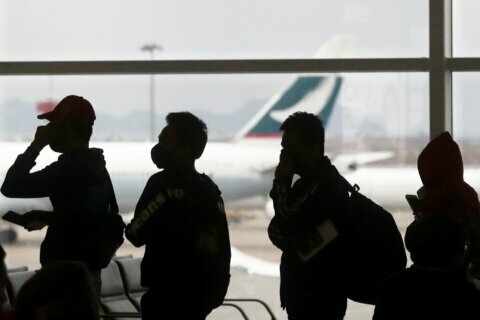 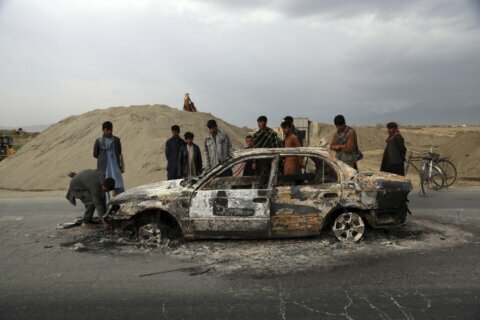