JAKARTA, Indonesia (AP) — Michael Robert Marampe knew what he wanted to be since he was a kid: a doctor…
Listen now to WTOP News WTOP.com | Alexa | Google Home | WTOP App | 103.5 FM

JAKARTA, Indonesia (AP) — Michael Robert Marampe knew what he wanted to be since he was a kid: a doctor and a pianist. He became both, and his passion for music even led him to his fiancée — a woman he never got to marry because he got the coronavirus.

Marampe met Tri Novia Septiani, a singer and worship leader, at the church where he played piano in Jakarta, Indonesia’s capital. They formed the duo Miknov, covering popular songs and composing their own music that they uploaded to Instagram and YouTube.

They planned to tie the knot in April in Bali but postponed the wedding as the coronavirus started spreading in the Southeast Asian country in March.

“He made a song for me. … The title is ‘You Are the Last One.’ Turns out I became the last one for him,” Septiani said.

Loved ones recalled memories of the 28-year-old Marampe during an online memorial service in June. The gathering began with laughter, but many couldn’t hold back tears as they remembered his short life.

His mother, Herlina Simbala, said she would never forget one of the last things her oldest son said to her: He promised to hug her again after he got out of the hospital. He never got the chance.

“He only texted me. I think he was afraid to talk to me directly,” Simbala said.

Marampe always aspired to be a doctor, following in the footsteps of his father, who is a physician at a hospital. After finishing medical school, Marampe took an internship that sent him more than 2,000 kilometers (1,260 miles) away from home to East Kalimantan province on the island of Borneo.

“He was happy with his job. Wherever and whenever it is. … He never complained,” his mother said.

Marampe discovered his other passion when he was young, learning to play music on a mini keyboard before taking piano lessons.

His love for gospel music connected him to his future fiancée, Septiani. They met at church in 2011, and a friend set them up on a date the next year. They became inseparable after that.

As their romance developed, so did their love for music, and they formed their group despite both having busy jobs. Septiani is a fashion designer, and Marampe was a general medical practitioner at a hospital.

Because of his work, Marampe worried about contracting the coronavirus. Septiani said he told her that one of his patients showed symptoms of the virus but didn’t want to be tested.

Marampe got tested himself in April and was positive for COVID-19. But he never blamed anyone, Septiani said.

He was treated at a hospital, and on his eighth day there, Marampe recorded a video that he posted to Instagram.

“For me, being a doctor is something I’m proud of. I can serve my patients. I can help so many people. And I have no regrets at all. For my friends at the front line, keep your spirits up,” Marampe said in the video.

His condition improved, and he was released from the hospital after 13 days. But the next morning, his fiancée found him struggling to breathe.

He died on April 25, becoming one of 38 doctors the coronavirus has claimed so far in Indonesia. There are many reasons for the deaths, according to Indonesian Medical Association spokesman Halik Malik, including a lack of protective equipment, testing delays and limited medical resources.

Marampe spent his final days in a hospital isolation room, so he spoke his last words to Septiani as she rushed him to the emergency room. 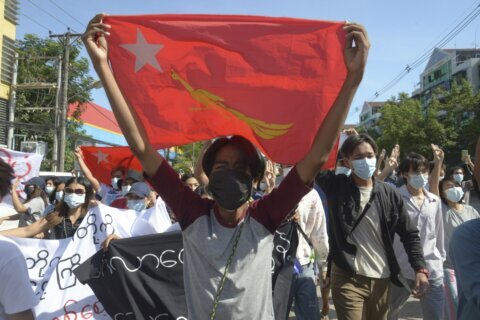 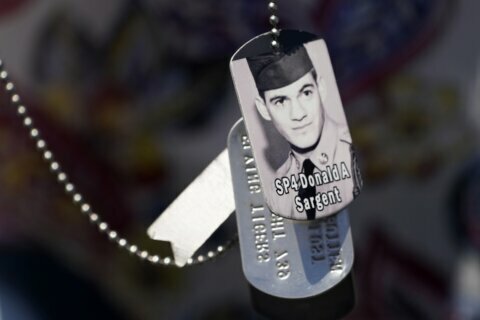