KABUL, Afghanistan (AP) — A car bombing and mortar shells fired at a busy market in Afghanistan’s southern Helmand province on Monday killed 23 people, including children, a statement from a provincial governor’s office said.

Both the Taliban and the Afghan military blamed each other for the attack in Sangin district. Details of the reported attack could not be independently confirmed as the area, which is under Taliban control, is remote and inaccessible to reporters.

The statement from the office of the governor, Gen. Mohammad Yasin, did not provide further details and there was no claim of responsibility for the attack.

A Taliban spokesman, Qari Yusouf Ahmadi, denied the insurgents were involved in the bombing. The Taliban claimed the military fired mortars into the market while the military said a car bomb and mortar shells fired by the insurgents targeted the civilians.

The army said there was no military activity in the area on Monday and that two Taliban fighters were also killed when the car bomb detonated at the marketplace. Sheep and goats for sale in the market were also killed.

“The government of the Islamic Republic of Afghanistan once again calls on the Taliban to refrain from war and violence and to accept the will of the Afghan people, which is the end of the war and the start of negotiations,” Ghani’s statement said.

The United Nations in recent reports and statements has asked both sides in the conflict to be more careful of civilian casualties, saying they are on the increase.

Save the Children, an aid group, condemned the attack and expressed concern about a recent uptick in violence.

“We’re horrified by the ongoing attacks in Afghanistan, which continue to take the innocent lives of children,” Country Director Milan Dinic said, calling the latest attack a “sad reminder that no child is safe in Afghanistan until the weapons are put down.”

Violence has continued unabated in Afghanistan, even though talks between the Taliban and Kabul representatives could start as early next month in July in Doha, Qatar, where the Taliban maintain a political office.

One of the obstacles to the start of the negotiations has been the exchange of prisoners, envisaged under a deal the Taliban signed with the United States at the end of February. That accord — and the Afghan-Taliban talks that were meant to follow — are seen as Afghanistan’s best chance for peace and an opportunity for U.S. and NATO troops to leave the war-torn country after nearly two decades of fighting. 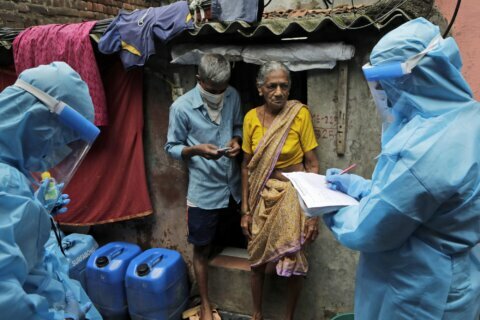