As coronavirus-induced economic pain grew around the world, some U.S. states moved forward Friday with plans to reopen their economies, while European countries held muted commemorations to mark the 75th anniversary of the end of World War II on the continent.

Around the U.K., residents were encouraged to stand on their doorsteps and sing together while socially distanced to commemorate the Allies’ victory over Nazi Germany. Meanwhile, South Korea, seen as a model for containing COVID-19, ordered nightclubs closed for a month and considered delaying a school restart after an uptick in coronavirus cases.

Friction arose where national governments disagreed with local counterparts over business restrictions. In Italy, the government vowed legal action against a province seeking to ease restrictions faster than the country as a whole. In Brazil, the reverse happened as the country’s president asked the high court to rein in local governments imposing more restrictions than he would like.

The slow march toward reopening the economy comes as the U.S. reported a jobless rate of 14.7% in April, a level not seen since the Great Depression.

Martin Brossman of Raleigh, North Carolina, has seen two-thirds of his income as a professional coach and speaker disappear since the pandemic.

“I had thousands of dollars in keynote speaking go away overnight,” Brossman said.

He said he wasn’t waiting for word on the unemployment benefit application he filed weeks ago. Instead, he is retooling his business for a world that will rely more on remote activities.

“I don’t think this is the last time that a problem like this occurs,” he said, so “whatever way we can do business … if this happens again, we have a new income stream.”

Here is a look at COVID-19 developments around the world.

Across Europe, celebrations marking the May 8, 1945, surrender of Germany were canceled or scaled back dramatically. Many people were asked to commemorate it in private.

In the U.K., people were encouraged to sing the iconic wartime anthem “We’ll Meet Again” from their homes — a song with added resonance now as lockdowns separate families and friends.

Friction arose in Italy, where northern Bolzano province sought to reopen stores this weekend in defiance of a national plan to wait until later this month. While the province cited a special statute granting it some autonomy, the Rome government planned a legal challenge. Italy has recorded more than 217,000 cases and more than 30,200 deaths.

Spain’s health minister announced the government will relax restrictions in areas home to half the country’s population next week because they met virus trend targets. Current restrictions will remain elsewhere, including Madrid.

U.S. MAKES SOME MOVES TO REOPEN

In Texas, where the Republican governor was praised by President Donald Trump for loosening restrictions, hair salons and barber shops were allowed to reopen Friday, following earlier restarts of restaurants and retailers.

Republican Sen. Ted Cruz flew up from Houston to get his hair cut at a Dallas salon that became a rallying cry for conservative protests against lockdown orders after the owner refused to shut down and was jailed. She was later ordered released.

Pennsylvania announced that 13 counties, including much of the Pittsburgh area, can loosen restrictions next week, following a similar move for a swath of rural northern Pennsylvania.

In contrast the city of Gallup, New Mexico, which serves tens of thousands of people living on and around the vast Navajo reservation, was under an extreme lockdown with police checkpoints keeping all but residents out.

Among the lives claimed by the virus was magician Roy Horn of the famed Las Vegas act Siegfried & Roy, who died Friday at age 75.

South Korea closed nightclubs for a month and indicated it may delay reopening schools after more than a dozen new infections were linked to a nightclub patron in Seoul.

Schools were supposed to begin reopening next week, but fears of a resurgence came after 25 new infections were reported Friday, marking South Korea’s first jump above 10 cases in five days. Another 18 cases were reported on Saturday as health workers scrambled to trace contacts linked to clubgoers.

Meanwhile, in a reflection of rising tensions between Washington and Beijing, the United States objected to a proposed U.N. resolution on the pandemic after diplomats said it had agreed to compromise language with China that didn’t directly mention the World Health Organization.

The objection leaves the U.N.’s most powerful body impotent on reacting to the greatest crisis facing the world, and unable to back Secretary-General Antonio Guterres’ March 23 call for global cease-fires to tackle the pandemic.

Brazil’s fifth-largest city, Fortaleza, on Friday became the nation’s third metropolis and its most populous yet to start a virus-related lockdown, with the local measures prompting friction with the country’s leader.

President Jair Bolsonaro, who contends business shutdowns are more harmful than COVID-19 itself, asked the Supreme Court on Thursday to force states to roll back restrictive measures even as deaths and overall case counts surge. The country has had over 140,000 cases and 9,600 deaths, according to a tally by Johns Hopkins University.

Meanwhile, the oil-rich nation of Kuwait is re-imposing a full lockdown beginning Sunday that will last through May 30. A previous lockdown had been loosened amid the holy Muslim fasting month of Ramadan. 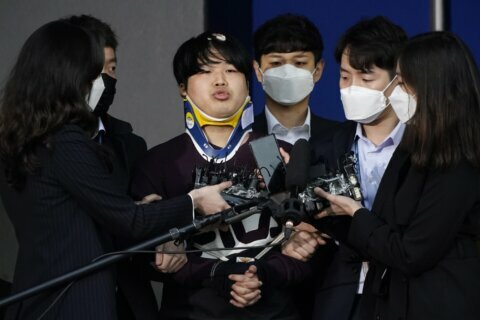 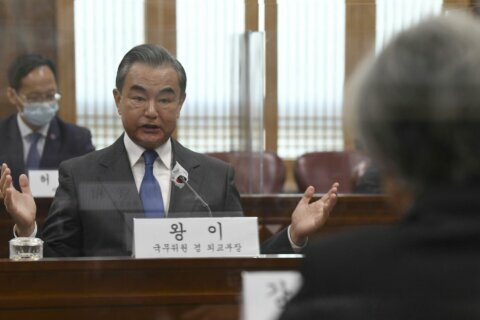