The owner of the LG Polymers plant in Andhra Pradesh state, South Korean chemicals giant LG Chem, said in a May 2019 affidavit that formed part of an application for the clearance that the company “doesn’t have a valid environmental clearance substantiating the produced quantity, issued by the competent authority, for continuing operations.”

LG Chem spokesman Choi Sang-kyu told The Associated Press that the company had always followed Indian law and had operated the plant based on the guidance of Indian officials, both at the state and federal level. He said the affidavit was a pledge to comply with the law in the future and not an admission of any violations.

Interviews with officials and legal experts indicate that the plant was likely operating in a legal grey area, with the environmental clearance required under federal regulations but the enforcement of those requirements left up to states. While there has been no indication that the lack of such a clearance played a role in the May 7 disaster, experts say the fact that the plant operated for years without one shows how weak environmental laws can be in a nation with many of the world’s most polluted cities.

“There are many such industries operating without an EC,” environmental lawyer Mahesh Chandra Mehta said, adding that it showed authorities were “toothless.”

LG Polymers is facing charges following the disaster, which involved styrene gas, a neurotoxin, leaking from a storage tank as workers prepared to restart operations idled during India’s coronavirus lockdown. In addition to the dead, more than 1,000 people were sent to hospitals.

Police have charged LG Polymers with culpable homicide, including negligence in handling toxic substances. lndia’s top environmental court has also asked the company to pay a $6.6 million penalty because of “damage to life, public health and environment.”

The court is also considering a plea filed by an environmental activist and former federal bureaucrat that raises questions about how state authorities allowed the company to function without federal clearance.

Choi said the company couldn’t comment on an ongoing investigation but would cooperate with Indian authorities.

LG Chem bought the plant in 1997 and between then and 2006 it is clear that it needed only state permits to operate, which it had.

Things get murkier after that, however, due to new federal rules that came into force requiring companies in industries including petrochemicals to obtain a federal environmental clearance every time they expanded a plant or changed what they manufactured.

LG Chem expanded its operations at LG Polymers plant five times between 2006 and 2018, but it never received an environmental clearance, according to the May 2019 affidavit.

Choi said when the federal rules changed in 2006, the company consulted with the ministry and was told that no environmental clearance was required.

“We have been operating the company while abiding environmental regulations even before the laws on environment clearances were made,” Choi said.

Environment Secretary C.K. Mishra told the AP that LG Polymers would not have needed a clearance in 2006, but would have had to apply for environmental clearances going forward to change what they were making or expand capacity.

LG Polymers appears to have never been asked for a federal clearance until 2017, when it approached the Andhra Pradesh Pollution Control Board with plans to start producing engineering plastics at its plant, according to meeting minutes reviewed by AP.

The request was denied and the company was told it would need the federal clearance.

There are no indications, however, that the state told the company to stop operating the plant. T. Rajendra Reddy, a member of the state pollution board, said he “had no information” about any such order.

In 2018, when LG Polymers wanted to expand its manufacturing capacity of polystyrene, a plastic used to make bottles and lids, the company finally applied for its first environmental clearance, documents show. The Environment Ministry flagged the application for review, noting that the company didn’t have a clearance for the chemicals it was already manufacturing.

LG Polymers then withdrew the application and instead applied for a retroactive clearance that the Environment Ministry offered companies in 2018 as a one-time amnesty. That application remained pending when the deadly leak occurred.

“While we were not required to retroactively apply for an EC, we did apply for the EC under the central government policies and the application is currently under review,” Choi said.

Choi said each of the times the company expanded the plant it did so under approval granted by its state permits.

State authorities issue two permits in India — the first to start a new business and another to run it — that are required for all industries that could potentially pollute the air or water. The operational permits are renewed every five years.

Mehta, the environmental lawyer, said that each time LG Polymers renewed that permit, the state pollution board, the authority charged with enforcing federal environmental law, had the power to fine the company or deny it a permit until it received federal clearance.

It never did so.

Asked why the state kept renewing the plant’s permits despite it not having the federal environmental clearance, Vivek Yadav, the state board’s second-in-command, told AP they were “examining the issue in detail.”

Compared with state permits, the federal environmental clearance takes a broader approach: assessing the potential impact of the project on people, their livelihoods and the environment while ensuring that precautions are built in to prevent accidents.

B. Sengupta, the former head of India’s top anti-pollution agency, said that the state permits only consider pollution, not safety.

The federal clearance “looks at those risks, how hazardous materials are being handled and stored, what plans are there to prevent and deal with disasters,” he said.

The Latest: Kentucky urges Black citizens to get vaccinated 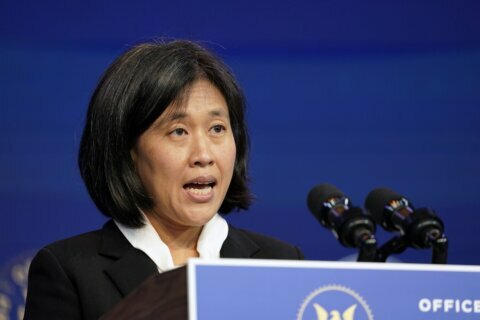