DHAKA, Bangladesh (AP) — Police in Bangladesh’s capital fired tear gas and swung batons to disperse more than 1,000 garment factory workers who were demanding that they be paid salaries and bonuses ahead of Islam’s biggest holiday, witnesses and an industry official said.

The workers at Civic Apparels Ltd. in Dhaka’s Shyampur area took to the streets after demanding that they be paid their salary in advance for May and a 100% bonus for Eid-al Fitr, the festival marking the end of the fasting month of Ramadan, said Rubana Huq, president of the Bangladesh Garment Manufacturers and Exporters Association.

Huq said the workers had been paid until April, but some protesters said they had not received their salaries for three months. Some said they were attacked without provocation.

Huq accused the workers of vandalizing the factory, taking the owner hostage and blocking streets outside the factory, prompting police to take action.

Witnesses said the workers threw stones at the police and about a dozen people were hurt.

Rehana Begum, 30, said they were asking for their salary and bonus.

“They can pay (at least) half of our salary (for May) so that we can go through the times of Eid. We’ll rejoin work after the Eid holiday and they will pay the rest,” she said.

Huq said the factory owners agreed to pay the bonus after the chaos ended with the intervention of police.

Bangladesh has about 4,000 garment factories employing about 4 million workers, mostly women from rural areas. The garment industry is the world’s second largest after China and earns $35 billion a year from exports, mainly to the United States and Europe. After the outbreak of the coronavirus, Western buyers have canceled or suspended orders worth $3.2 billion.

The government allowed owners to reopen their factories in a limited way in late April as buyers began placing orders. Some small protests have taken place demanding wages or a bonus. 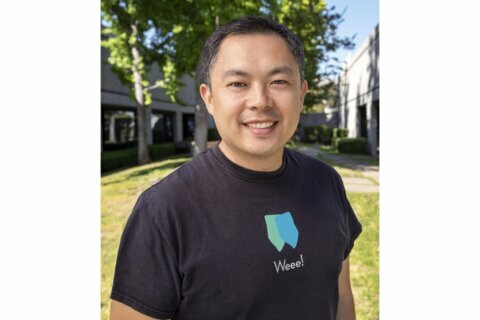 Online grocery Weee’s Larry Liu on delivering in a pandemic