He survived the Asian financial crisis, which wiped out entire economies and tore his family apart.

As his mixed martial arts promotions go audience free, One Championship founder Chatri Sityodtong says he’s finding ways to thrive during the coronavirus pandemic that is shutting down sports around the globe.

Experiences seared into his psyche in the 1990s have equipped him to think outside the ring.

His esports promotions are, Chatri says, a blessing. Then there’s a new TV venture — The Apprentice: One Championship Edition. He bought the rights, and he’s scanning the globe now for contestants. He politely fends off questions about getting any tips from Donald Trump, the long-time host of the American version.

Regardless, just as Chatri’s style of promotions differs in tone from the U.S.-based UFC, his spin on The Apprentice will be unique — a blend of mental and physical, character-testing challenges, a mix of fellow CE0s helping out as judges and his One Championship world champions involved at various stages.

That show is for later in the year, though. For now, he’s focusing on the MMA events in Singapore on April 17, 24, May 1 and 8, followed by promotions in the Philippines on May 29 and “Legendary Warriors” in Shanghai, China on June 20. The athletes aren’t all in Singapore yet, but he’s expecting to have everything ready to go ahead in an empty stadium to meet safety regulations amid the pandemic. The first of the so-called closed-door events went ahead late last month in Singapore, with Janet Todd dethroning Atomweight kickboxing champion Stamp Fairtex in a split decision.

“We operate in so many different countries — every country is different in terms of its state of the coronavirus, government policies and containment.” he said. “From what we can see right now, there should be no interruption to our schedule. The next couple of months are going to be tricky, but beyond — what we’re seeing now — there are a lot of countries in Asia that have really contained it. I think, again, there’s going to be a lot of opportunity.”

Chatri lived in Thailand with his parents before the Asian financial crisis changed their lives, including the breakdown of the the marriage.

“Watching how it tore apart my family and put us in poverty. Those lessons that I learned are, fully ingrained in my memory and in my psyche,” he told The Associated Press. “A lot of (those) lessons I apply to the business world.”

“Record levels of bankruptcies, personal and corporate, suicide rates went through the roof,” he recalls as he contemplates the contemporary scene. “I expect to see the same thing, globally, in various countries and industries. We are living genuinely in extraordinary times.”

Chatri took his mother’s advice as they set about rebuilding their lives, moving to America to pursue his education.

After gaining an MBA from the Harvard Business School and working on Wall Street, he moved back to Asia to grow his own brand.

“The way I think about it as a CEO. Every major sports property is down right now,” he said. “If we are the only live global sports property broadcasting, we will by definition get new fans and increase our reach.”

By that, he means more expansion into the Americas.

One Championship has steadily grown its following, to the point where it is broadcast in more than 150 countries and purports to be Asia’s largest global producer of live sports content for youth and millennials.

“We’ve spent 8 ½ years building a massive platform, a massive brand and a massive product,” Chatri said. “So, I feel very blessed to be in the position we’re in, such that One Championship will be able to seize opportunities through all this chaos.” 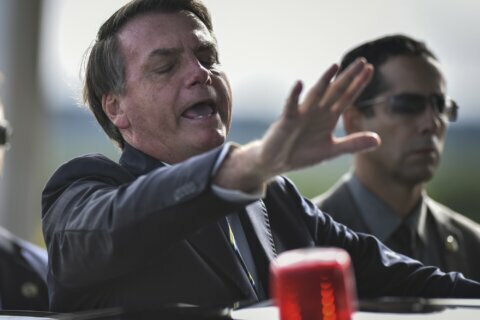