In this photo taken Jan 24, 2020 and released by Xinhua News Agency, a military medic from the Air Force Medical University prepares to leave for Wuhan from Xi'an, capital of northwestern China's Shaanxi Province. The Chinese military dispatched medical staff, some with experience in past outbreaks including SARS and Ebola, to help treat the many patients hospitalized with viral pneumonia, Xinhua reported. (Zhang Haopeng/Xinhua via AP)

A new viral illness being watched with a wary eye around the globe accelerated its spread in China on Sunday with 56 deaths so far.
(1/16) 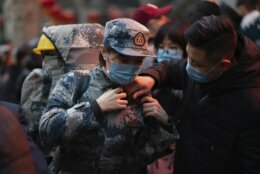 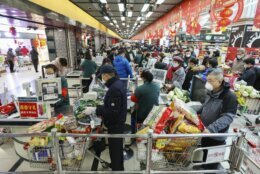 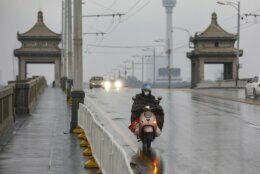 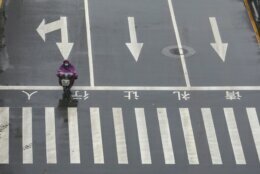 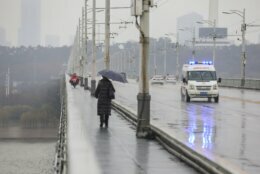 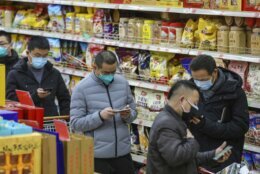 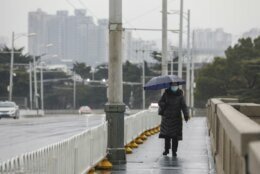 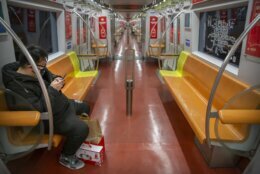 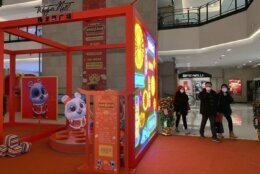 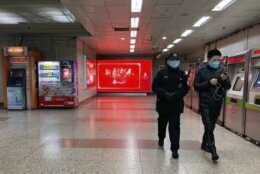 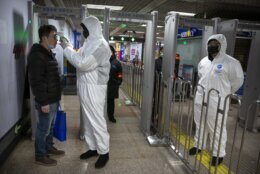 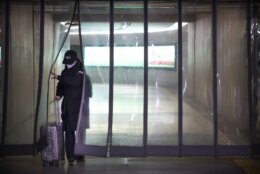 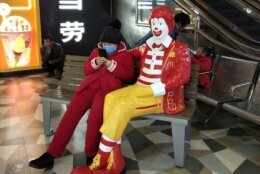 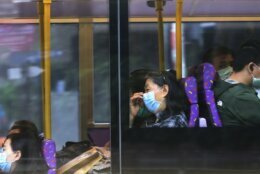 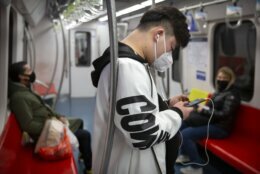 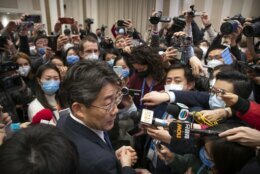 BEIJING (AP) — A new viral illness being watched with a wary eye around the globe accelerated its spread in China with 80 deaths so far, while the U.S. Consulate in the city at the epicenter announced it will evacuate its personnel and some other Americans aboard a charter flight.

China’s health minister said the country was entering a “crucial stage” as “it seems like the ability of the virus to spread is getting stronger.”

Ma Xiaowei declined to estimate how long it would take to bring the situation under control, but said travel restrictions and other strict measures should bring results “at the lowest cost and fastest speed.”

President Xi Jinping has called the outbreak a grave situation and said the government was stepping up efforts to restrict travel and public gatherings while rushing medical staff and supplies to the city at the center of the crisis, Wuhan, which remains on lockdown with no flights, trains or buses in or out.

The epidemic has revived memories of the SARS outbreak that originated in China and killed nearly 800 as it spread around the world in 2002 and 2003. Its spread has come amid China’s busiest travel period of the year, when millions crisscross the country or head abroad for the Lunar New Year holiday.

The government said early Monday the death toll had risen to 80, with 2,744 confirmed cases.

The National Health Commission said 769 new cases were confirmed in the 24 hours through midnight Sunday.

The U.S. has confirmed cases in Washington state, Chicago, Southern California and Arizona. Canada said it discovered its first case, a man in his 50s who was in Wuhan before flying to Toronto. Taiwan, Singapore and South Korea each reported one new case Sunday, while Thailand reported three new cases.

A notice from the U.S. Embassy in Beijing said there would be limited capacity to transport U.S. citizens on a Tuesday flight from Wuhan that will proceed directly to San Francisco. It said that in the event there are not enough seats, priority will be given to to individuals “at greater risk from coronavirus.”

The French Consulate also was considering an evacuation of its nationals from the city. It said it’s working on arranging a bus service to help French citizens leave Wuhan.

French automaker PSA Group said it will evacuate its employees from Wuhan, quarantine them and then bring them to France.

Japan was also making preparations to fly its nationals out of Wuhan.

Chinese travel agencies have been told to halt all group tours, and concern is growing over the potential impact of millions of people traveling back to the cities after the Lunar New Year holiday ends on Thursday.

China’s National Health Commission said anyone traveling from Wuhan is now required to register with community health stations and quarantine themselves at home for 14 days — the virus’ maximum incubation period.

Beijing has decided to delay the start of classes after the Lunar New Year holiday ends, the official Beijing Daily reported on its website. That will extend to all schools in the capital from kindergartens to universities.

Hong Kong announced similar measures on Saturday and on Sunday two of that territory’s biggest attractions, Hong Kong Disneyland and Ocean Park, announced they were closing for the time being.

A proposal to possibly quarantine suspected cases and others at a still-unoccupied public housing complex in the Hong Kong suburb of Fanling sparked a protest by area residents. Though largely peaceful, they were joined by black-clad protesters like those who have clashed with police during months of anti-government protests and those protesters set a fire in the lobby of one of the buildings.

The fire was extinguished without appearing to cause major damage. Police later moved in n to disperse the group, using pepper spray on occasion.

In the heart of the outbreak where 11 million residents are already on lockdown, Wuhan banned most vehicle use, including private cars, in downtown areas starting Sunday. The city will assign 6,000 taxis to neighborhoods to help people get around if they need to.

China cut off trains, planes and other links to the city Jan. 22, and has steadily expanded the lockdown to 16 surrounding cities with a combined population of more than 50 million — greater than that of New York, London, Paris and Moscow combined.

Wuhan is building two makeshift hospitals with about 1,000 beds each to handle the growing number of patients. The city has said the first is expected to be completed Feb. 3.

Medical workers in Wuhan have been among those infected and local media reported a doctor died on Saturday morning. The 62-year-old physician was hospitalized on Jan. 18 and died a week later.

Xinhua also said medical supplies are being rushed to the city, including 14,000 protective suits, 110,000 pairs of gloves and masks and goggles.

Videos have circulated online showing throngs of frantic people in masks lined up for examinations and there have been complaints that family members had been turned away at hospitals that were at capacity.

The National Health Commission said it is bringing in medical teams to help handle the outbreak and the Chinese military dispatched 450 medical staff, some with experience in past outbreaks, including SARS and Ebola, Xinhua reported.

The new virus comes from a large family of what are known as coronaviruses, some causing nothing worse than a cold. It causes cold- and flu-like symptoms, including cough and fever, and in more severe cases, shortness of breath. It can worsen to pneumonia, which can be fatal.

First detected last month, the virus is believed to have originated in a type of wild animal sold at a Wuhan market to be consumed as food.

Chinese authorities announced a temporary ban on the trade of wild animals Sunday, saying they will “severely investigate and punish” violators. They also called on the public to refrain from eating wild animal meat.

Investigators are closely observing whether the virus was mutating, but thus far found “no obvious signs,” that it is doing so, head of the Chinese Center for Disease Control, Gao Fu, told reporters.

That could make it easier to develop vaccines against the virus, something the center is already working on. Xinhua quoted center official Xu Wenbo as saying the they had isolated the virus and were identifying seed strain.

The rapid increase in reported deaths and illnesses does not necessarily mean the crisis is getting worse but could reflect better monitoring and reporting of the virus. Those killed by the virus have mostly been middle-aged or elderly people, sometimes suffering from other conditions that weaken their ability to fight back.

It is not clear how lethal the new coronavirus is or even whether it is as dangerous as the ordinary flu, which kills tens of thousands of people every year in the U.S. alone. 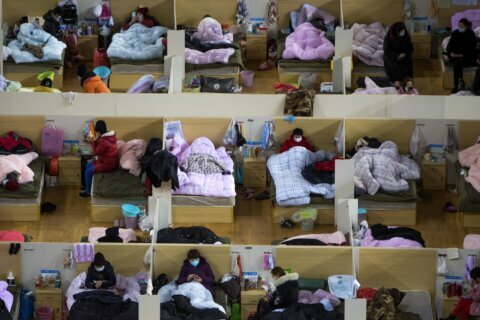