BEIJING (AP) — Cutting off access to entire cities with millions of residents to stop a new virus outbreak is a step few countries other than China would consider, but it is made possible by the ruling Communist Party’s extensive social controls and experience fighting the 2002-03 outbreak of SARS.

CITIES AFFECTED: The first city closed off was Wuhan, with 11 million people, or 1 1/2 times the population of New York City. It is the industrial hub of central China. Access was cut off later to neighboring cities in the central province of Hubei that include Huanggang, with 7 million people; Ezhou; Chibi; Qianjiang; Zhijiang; Jingmen; Xiantao; Xiaogan and Huangshi. Their combined population is about 33 million.

WHAT IS SHUT DOWN: Train, plane, rail, long-distance bus and ferry service are blocked. Wuhan usually is one of China’s busiest airports, with some 600 scheduled flights per day. Municipal bus and subway service is halted. Cars and trucks were being inspected at roadblocks on the outskirts of cities and many were turned back. Cinemas, amusement parks, temples and other public sites were ordered to close.

HOW IT’S ENFORCED: Most residents appear to be cooperating following official appeals to stay home and avoid spreading the virus. If that fails, the Communist Party has one of the world’s most extensive systems of surveillance and social controls. Cities are blanketed with video cameras and the ruling party has, with the help of Western tech companies, developed computerized systems to track the public, monitor and censor internet use and suppress protests and dissent. Facilities already in place to control movement at train stations and airports and on expressways can be pressed into use to block travel.

IS THIS THE RIGHT APPROACH?: Quarantining whole cities might seem drastic but is the “right direction” for handling a virus with no known treatment, said Joseph Kwan, a specialist in disease control at the Hong Kong University of Science and Technology. Shutting down buses and subways to keep people at home will reduce the risk people might spread the virus before knowing they are infected, said Kwan. “It certainly sounds amazing that they can do that, but in China they don’t always do things like the rest of the world,” said Kwan. “Not very many countries can do what they do, but from a public health point of view, this is the right direction.”

LESSONS FROM SARS: The ruling party was criticized for its slow, grudging response to the 2002 emergence of the mystery disease later known as Severe Acute Respiratory Syndrome. The party’s refusal to disclose details fueled panic, leading people to crowd onto trains to flee Beijing and other cities, potentially spreading the virus. The party eventually mobilized a massive response, including a custom-built hospital, but that took months to get rolling. Chinese leaders tried to mollify the public by reassigning the Beijing party secretary and began daily announcements about new cases. The government created China’s first nationwide disease reporting and control network, modeled on the U.S. Centers for Disease Control.

THE PUBLIC EFFECT: Food prices in Wuhan spiked as shoppers cleared grocery store shelves of vegetables, rice and other supplies. Doctors at one hospital posted appeals online for medical supplies, saying they were running low. Trucks with vegetables, rice and other supplies were allowed into Wuhan to ease the crunch. The city government announced a crackdown on hoarding, price-gouging and sales of fake or shoddy goods. The Hubei provincial governor, Wang Xiaodong, said Wuhan has 5 million kilograms (11 million pounds) of rice, 4,000 tons of cooking oil and more than 10,000 tons of pork and beef in reserve, according to news outlet sina.com. Wang said supplies were being shipped in from as far away as Yunnan province in China’s southwest and Hainan island in the South China Sea, sina.com reported.

ACTION TAKEN IN OTHER CITIES: Nationwide, authorities canceled temple fairs and other public events for the Lunar New Year holidays, which began Friday. Subway and bus employees in the capital, Beijing, were issued masks, gloves and hand sanitizer and were told to watch each other for signs of fever. The city government said subway cars and buses would be disinfected daily. Beijing’s main airport, the world’s second-busiest, set up a separate area for flights from Wuhan with its own facilities for passengers and baggage, a city government statement said. It said disinfection measures at the airport would increase. 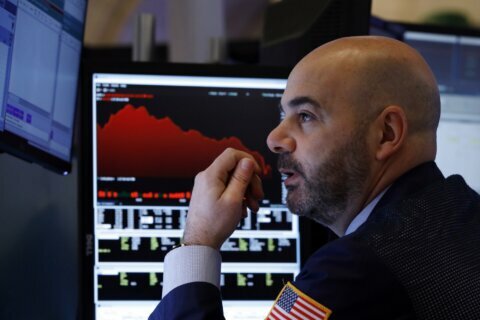 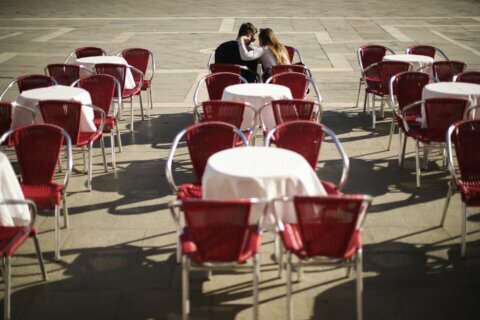