TOKYO (AP) — Japan’s environment minister became father to a boy and is going ahead with his planned paternity leave — still a rarity in Japan where men are under pressure to put work before family.

Shinjiro Koizumi said his wife, former newscaster Christel Takigawa, gave birth to their first child late Thursday, just two days after he announced he was taking two weeks off over the next three months.

“It has already started,” he said, noting that he had left his office early on Thursday so he could be present during his wife’s delivery.

Koizumi is the first Cabinet minister to take paternity leave, hoping to get more working fathers to follow his example. Prime Minister Shinzo Abe’s government has adopted a policy to free up time for mothers and get more of them back into Japan’s shrinking workforce in a fast-aging nation where the birthrate dwindles and the population declines.

Japan has relatively generous parental leave policies, allowing men and women partially paid leave of up to a year.

While recent surveys show a majority of eligible male employees hope to take paternity leave in the future, changes are coming slowly and few fathers of newborns take time off due to intense pressure to focus on work. Only 6% of eligible working fathers took paternity leave in 2018, according to the Ministry of Health, Labor and Welfare, far short of the government’s modest 13% target for 2020.

Koizumi’s announcement has received mixed reaction. Some people said two weeks of paternity leave is marginal and that he may be only trying to get attention. Others welcomed his decision as the beginning of change.

On Friday, he reassured that he will take time off flexibly so that his paternity leave won’t affect his department.

“I understand that opinions are still divided,” he said. “I will set aside time (for my family) while making sure to prioritize my public duty and be fully prepared for any emergency.”

Koizumi, the son of maverick former Prime Minister Junichiro Koizumi and a future leader hopeful, said he was “delighted and also relieved” that both his wife and the baby, who is not yet named, are in good health. 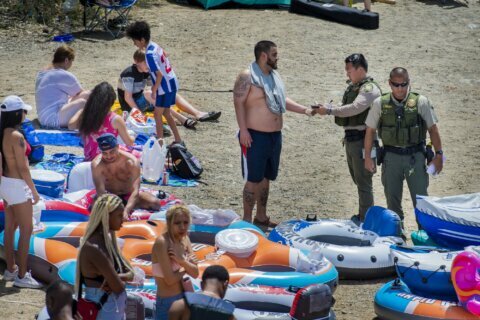