ANKENY, Iowa (AP) — Democratic presidential candidate Pete Buttigieg said Saturday the Oval Office benefits from the perspective of a wartime veteran, a niche he occupies exclusively among top-tier candidates in his party’s race for the 2020 nomination.

During an interview on Iowa PBS in suburban Des Moines, Buttigieg was asked if there’s value in a president who had faced hostile fire.

Buttigieg, a Naval intelligence officer in Afghanistan in 2014, noted he had been present for rocket attacks while stationed at Bagram Airfield, and later faced potential danger as an armed driver in Kabul. Another presidential candidate, Rep. Tulsi Gabbard of Hawaii, served in Iraq, but is running far behind the front-running candidates.

Buttigieg often cites his seven months deployed to Afghanistan, though has seldom said as directly the next president should be a wartime veteran. The 37-year-old former mayor of South Bend, Indiana, is the only military veteran in the top tier of the field of Democrats running for president. He would be the only president to have served in the military since George W. Bush.

“That perspective is needed especially when we’ve got a president who thinks that strength is the same as the chest-thumping of the loudmouth guy at the end of the bar,” Buttigieg said.

Buttigieg, who was tasked with reading and interpreting intelligence on the flow of money to terrorist cells, said he doubted President Donald Trump thoroughly consulted intelligence, members of Congress or U.S. allies before ordering the strike this month that killed Iranian Gen. Qassem Soleimani in Iraq.

This story has been corrected to reflect that Buttigieg thinks the Oval Office benefits from the perspective of someone with military experience, not that being a wartime veteran should be required. 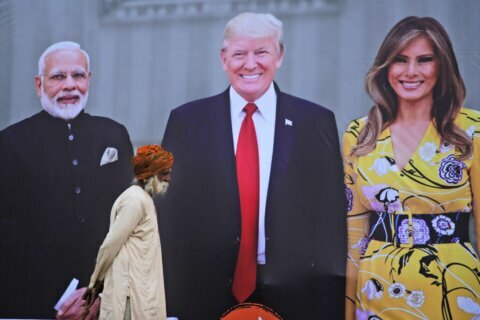