WICHITA, Kan. (AP) — An attorney for a Kansas researcher accused of concealing work he was doing for China while employed at the University of Kansas hit back on Thursday against a new indictment, saying the case has nothing to do with the Chinese government’s alleged attempts obtain U.S. intellectual property.

Feng “Franklin” Tao, 47, of Lawrence, was charged in a superseding indictment Wednesday with two counts of wire fraud and one count of program fraud for failing to disclose on conflict-of-interest forms the work he was doing for China while employed as a full-time associate professor at the University of Kansas.

His attorney, Peter Zeidenberg, said in an email that Tao denies the charges and will be vigorously contest them in court, and that Tao looks forward to clearing his name.

“To be clear, this case has nothing to do with the Chinese government’s alleged attempts to convert U.S. intellectual property,” Zeidenberg said. “Instead, the government has alleged that Dr. Tao improperly filled out two conflict of interest forms. There is no allegation that he diverted any grant money for his personal use or improperly disclosed intellectual property or trade secrets.”

In the indictment, prosecutors argue in general terms that China spurred its economic growth by offering scholarships or funding to foreign students or visiting professors who were studying or working at U.S. universities. China also used “talent plans” to encourage the transfer of original ideas and intellectual property from U.S. universities to Chinese government institutions to enhance Chinese “scientific development, economic prosperity, and national security,” they allege.

Prosecutors say the Changjiang Professorship was one such program sponsored by the Chinese government and the Communist Party, and they allege that Tao did not disclose to the University of Kansas his selection for the Changjiang Professorship or the salary for his appointment to Fuzhou University in Fuzhou, China. They also allege that Tao tried to recruit other researchers and students for the Chinese government.

Zeidenberg did not directly address those specific allegations contained in the indictment.

Tao, an associate professor of engineering at the University of Kansas, was born in China and moved to the United States in 2002. He has been employed since August 2014 at the Kansas university’s Center for Environmentally Beneficial Catalysis in Lawrence. The center conducts research on sustainable technology to conserve natural resources and energy.

Tao, who remains on paid administrative leave, gets a salary of $110,682. During his time at the University of Kansas, he has been principal investigator on federal grants totaling more than $4.16 million, the university said.

The University of Kansas learned of potential criminal activity in the spring of 2019 and reported it to authorities, its spokesman, Andy Hyland, said in an email. The university has continued to work with law enforcement and federal granting agencies throughout the investigation, but said it cannot share additional details given that this is an ongoing criminal and personnel matter. 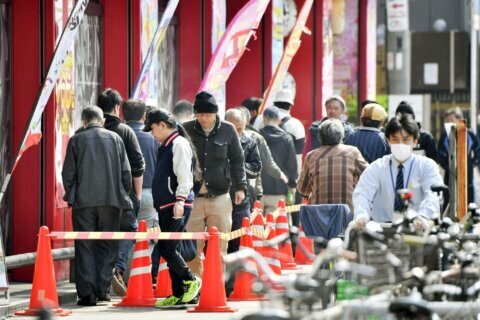 The Latest: WHO leader dodges questions on Trump’s criticism 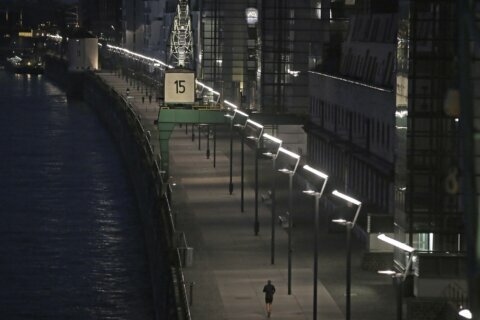 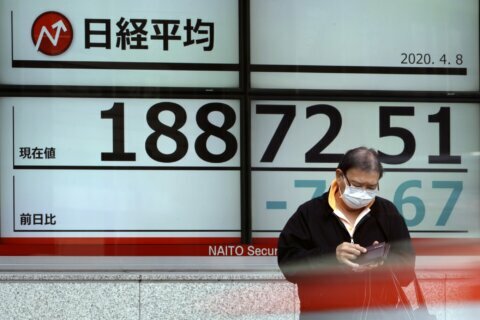