Hundreds of thousands of demonstrators crammed into Hong Kong's streets on Sunday, their chants echoing off high-rises, in a mass show of support for a protest movement that shows no signs of flagging as it enters a seventh month.
(1/19) 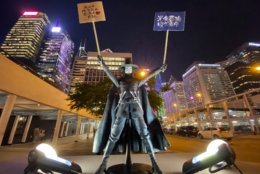 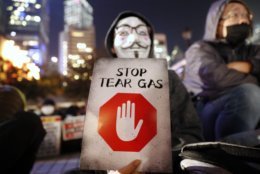 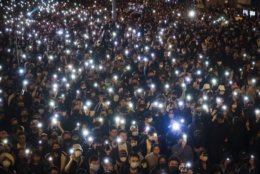 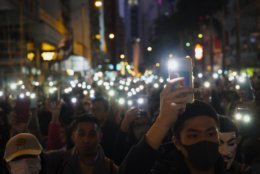 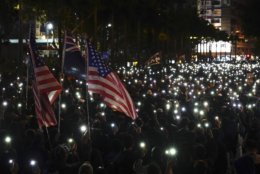 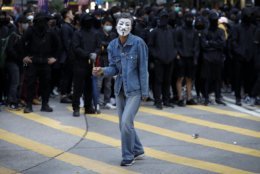 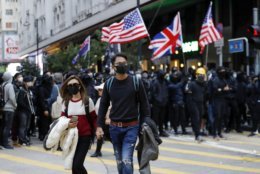 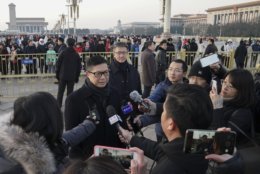 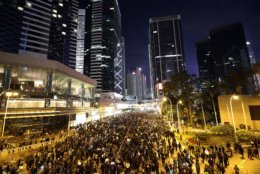 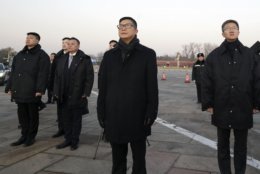 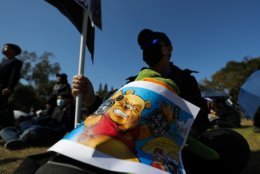 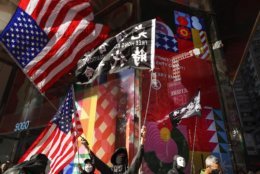 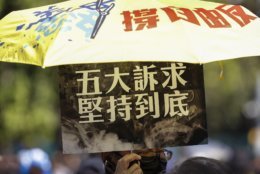 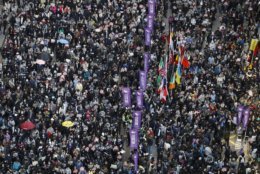 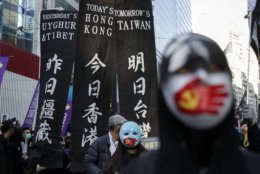 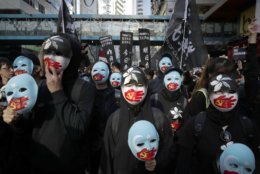 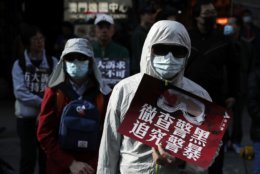 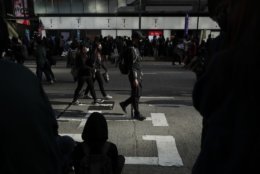 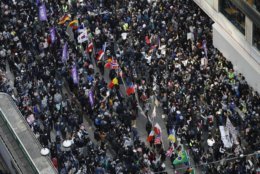 HONG KONG (AP) — Almost hidden among the throngs of demonstrators who marched in Hong Kong on Sunday was one woman who crawled, literally on hands and knees on the rough road surface — an apt metaphor for the arduous path traveled by Hong Kong’s protest movement in the past six months.

Dragging bricks and empty soda cans on pieces of string behind her, the young woman elicited shouts of encouragement from fellow protesters. “Go for it!” they yelled.

“Her performance art is about the difficulty, or the repetitiveness, of demonstrations,” said one of her friends, who walked alongside and identified herself by her surname, Chan. “This is really a long-term struggle.”

And one that shows few, if any, signs of flagging.

Hundreds of thousands of demonstrators crammed into Hong Kong’s streets, their chants echoing off high-rises, in a mass show of support for the protest movement entering its seventh month.

Chanting “Fight for freedom” and “Stand with Hong Kong,” the sea of protesters formed a huge human snake winding for blocks on Hong Kong Island, from the Causeway Bay shopping district to the Central business zone, a distance of more than 2 kilometers (1 1/4 miles). It was one of the biggest rallies in months, and remarkably peaceful.

Crowds were so large and dense that the march ground to a standstill at times. Protesters spilled into narrow side streets, crying “Revolution in our times.” Organizers said 800,000 people participated, while police had no immediate estimate.

The demonstrator who crawled part of the route wouldn’t give her name. But her protest turned heads, gave pause for thought and raised the question: How much longer can Hong Kong keep up its push to preserve its freedoms that make it unique among China’s cities?

She offered this cryptic response.

“We have too much burden, but perhaps we have enough hope to make us go further,” she said.

Many marchers held up five fingers to press the movement’s five demands. They include democratic elections for Hong Kong’s leader and legislature and a demand for a probe of police behavior during the months of sustained protests.

“So many people are still supporting this movement. You can see how determined Hong Kong people are,” said demonstrator Justin Ng, a 20-year-old student.

“I heard a small kid yelling slogans — 4, 5 years old,” Ng said. “That really encouraged me because it’s not just this generation but future generations, too.”

Marchers said protesting has become part of the fabric of their lives since mass demonstrations erupted in June against a now-withdrawn government measure that would have allowed criminal suspects to be sent for trial in Communist Party-controlled courts in mainland China.

The protests have since snowballed into a broad anti-government campaign, presenting the communist leadership in Beijing with a major headache and battering Hong Kong’s economy.

Police in riot gear deployed in numbers on the edges of the march. Earlier in the day, they arrested 11 people and seized a cache of weapons, including a firearm with more than 100 bullets. Police said the suspects apparently planned to use the weapons during the protest to frame police, who have been accused of using excessive force against the protesters.

Violence was limited, with a bank vandalized and police reporting that gasoline bombs were thrown outside Hong Kong’s High Court.

Rally organizer Eric Lai had called for police restraint and for no use of tear gas.

“We hope this will be a signature for our movement after six months to show to Carrie Lam as well as to the world that people are not giving up. People will still fight for our freedom and democracy,” Lai said.

The rally was called by the Civil Human Rights Front, a group that has organized some of the biggest demonstrations since hundreds of thousands of protesters first marched on June 9 against the extradition bill.

Chief among the protesters’ complaints Sunday was that police have been overly heavy-handed, making thousands of arrests since June.

“They are out of control,” said Ernest Yau, a 28-year-old consultant. He said the movement has brought Hong Kong together. 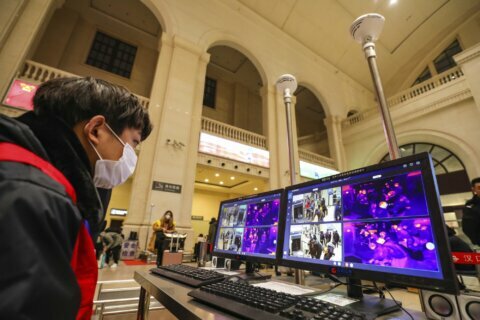 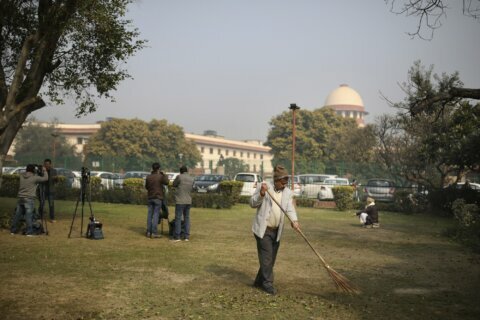 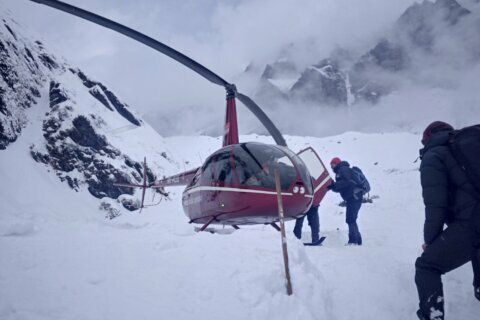