Diplomats: US backs out of North Korea human rights meeting

UNITED NATIONS (AP) — The United States changed its mind and is now refusing to sign a letter that would have authorized the U.N. Security Council to hold a meeting on the human rights situation in North Korea, diplomats said Monday.

Without support from the United States, European and other countries that wanted the U.N.’s most powerful body to discuss human rights in North Korea can’t go ahead Tuesday because they are now one vote short of the minimum nine “yes” votes required, the diplomats said, speaking on condition of anonymity because discussions were private.

North Korea’s U.N. ambassador, Kim Song, sent a letter to all 14 council members except the U.S. last Wednesday warning that holding a meeting on its human rights would be “another serious provocation” resulting from America’s “hostile policy.” Kim said a meeting would increase tensions on the Korean peninsula, and the North would “respond strongly to the last.”

A U.S. State Department spokesperson, asked about the human rights meeting, said the U.S. Mission to the United Nations will seek a council discussion this week that would include “a comprehensive update on recent developments on the Korean peninsula including recent missile launches and the possibility of an escalatory … provocation” by North Korea.

The State Department said it was instructing the U.S. Mission to propose the discussion “ïn light of recent events on the Korean peninsula” and President Donald Trump’s meeting over lunch on Dec. 5 with ambassadors from the 15 Security Council nations. It made no mention of human rights.

North Korea has carried out 13 ballistic missile launches since May and on Sunday it said it had performed a “very important test” at its long-range rocket launch site. This sparked wide speculation that the test involved a new engine for either a space launch vehicle or a long-range missile.

A council diplomat said an open briefing on the topic of nonproliferation in North Korea is planned for Wednesday afternoon.

North Korea has ramped up its missile tests in recent months, and experts say the launches are likely to continue in an effort to pressure Washington into meeting Pyongyang’s demand for new proposals to revive nuclear diplomacy by the end of December deadline.

North Korea’s ambassador issued a statement Saturday saying that denuclearization — a key U.S. demand — is off the negotiating table, and that his country doesn’t need to have lengthy talks with the United States.

North Korea has hinted at lifting its moratorium on nuclear and long-range missile tests if the Trump administration fails to make substantial concessions in nuclear diplomacy before the new year.

The council did not issue any statement, but its five European members who requested the meeting and Estonia, which will join the council in January, issued a statement afterward. The United States, which holds the council presidency this month, did not join its usual allies.

The Europeans again urged North Korea “to engage in good faith in meaningful negotiations with the United States aimed at denuclearization, and to take concrete steps to abandoning all weapons of mass destruction and ballistic missile programs in a complete, verifiable and irreversible manner.”

The assembly’s human rights committee unanimously approved a draft resolution last month condemning North Korea for “ongoing systematic, widespread and gross violations of human rights,” including those that a U.N. commission of inquiry says may amount to crimes against humanity.

The 193-member General Assembly is virtually certain to adopt the draft resolution later this month.

The Security Council discussed the human rights situation in North Korea from 2014 through 2017, but skipped 2018.

In his letter, North Korea’s ambassador called any discussion of North Korea’s human rights “a flagrant violation” of the U.N. Charter and “an act of flattering and yielding to the U.S.’s hostile policy.” 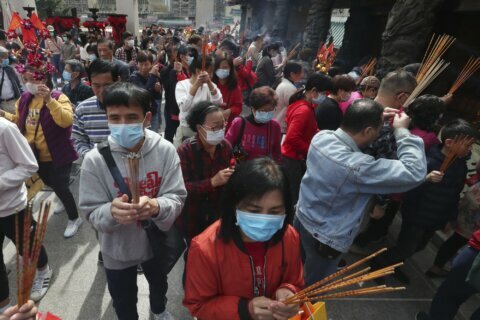 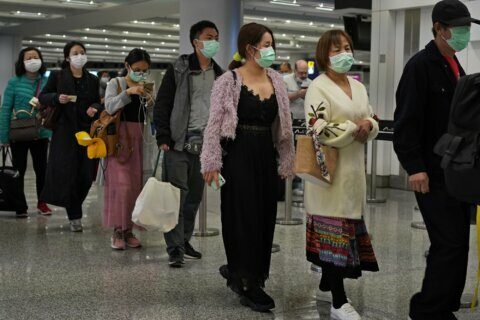 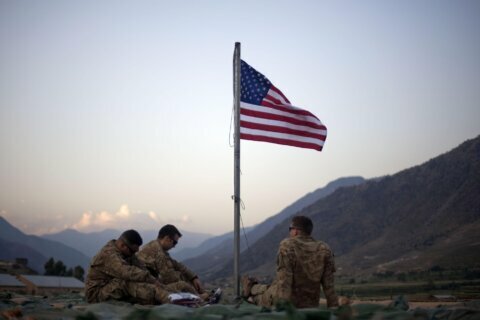 Survey: Nearly half of Afghans want US troops out after deal