Pope visits Jesuit Japan community that could have been his

TOKYO (AP) — Pope Francis wrapped up his visit to Japan in a very personal way Tuesday, spending the morning…

TOKYO (AP) — Pope Francis wrapped up his visit to Japan in a very personal way Tuesday, spending the morning with his Jesuit confreres in the community that would have been his own had his dream to be a missionary come true.

Francis celebrated morning Mass in the chapel of the Jesuit-run Sophia University and visited retired and sick priests before delivering a speech on Jesuit education in the final event of his weeklong Asia pilgrimage.

“In a society as competitive and technologically oriented as present-day Japan, this university should be a center not only of intellectual formation, but also a place where a better society and a more hope-filled future can take shape,” he told faculty and students.

As a young Jesuit in Argentina, the former Jorge Mario Bergoglio had dreamed of following in the footsteps of St. Francis Xavier, who introduced Christianity to Japan in the 16th century.

He was prevented because of health reasons, but he joked with Japanese bishops upon arriving in Tokyo that he got his “revenge” when he was in charge of the order in Buenos Aires and sent five Argentine priests to Japan as missionaries.

One of those Argentine priests is now the head of the Jesuits in Japan, the Rev. Renzo De Luca, who served as Francis’ interpreter for the trip.

De Luca has said his former seminary rector was someone who was particularly “close” to his students, always available even though at a certain point there were more than 100 living in the seminary.

“Even in that time, it was easy to find him: He’d sit with us, cooked with us. Every so often he cooked for us,” De Luca told Vatican Media. “He was someone very close to us. He never wanted to be anyone important or hard to get ahold of.”

If Francis had come to Japan as a missionary, he likely would have eventually ended up at Sophia, a prestigious private university that caters to the wealthy, like many of the Catholic schools in Japan.

There, Francis met his long-time friend Adolfo Nicolas, an 83-year-old former superior general of the Jesuits who had taught theology for three decades. Nicolas was recovering from a recent health problem.

Overall, even publicly funded higher education in Japan is expensive and generally reserved for the elites. Tuition for bachelor or equivalent level degrees in public schools in Japan are the fourth highest across OECD countries, after England, the U.S. and Chile, at $5,218 a year, according to OECD data.

In his speech to students and faculty, Francis urged the school to not just be a center for elites, but to consider more marginal groups.

“Quality university education should not be the privilege of a few, but constantly informed by the effort to serve justice and the common good,” he said. “The marginalized would be creatively incorporated into the life and curriculum of the university, in an effort to bring about an educational approach aimed at reducing distances and disconnects.”

He also urged the university to boost its curriculum with more environmental concerns, following his own priorities and those recently articulated by the Jesuits globally as topics for their schools, churches and programs to incorporate.

Students massed outside the school to welcome Francis, including some from the theology department who toted an environment-themed banner saying “Welcome” in Spanish.

They said they felt particularly close to the pope because they considered him open-minded and a friend.

“We call him papa because he is so close to us,” said Leo Ito, a theology student at Sofia.

Tsukasa Yano, a 19-year-old journalism student and Catholic, queued up hours before the Pope’s arrival and was able to go close enough to get his cross blessed by the Pope.

“I’m totally overwhelmed. I have no other word,” Yano said as he showed the cross in his hand. “He was so friendly to us.”

This story has been corrected to show that the school name is spelled Sophia University, not Sofia University. 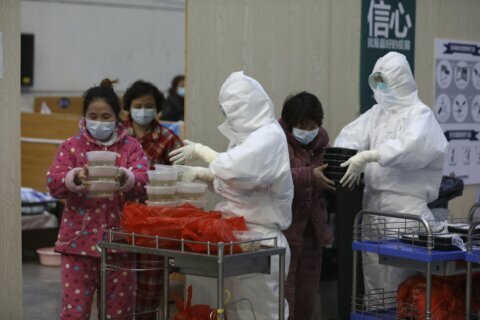 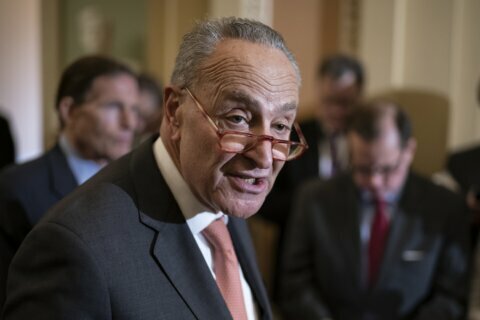 Schumer raises security concerns on TSA’s use of TikTok app