BEIJING (AP) — It was only after her partner’s death that He Meili realized the full meaning of marriage. As…

BEIJING (AP) — It was only after her partner’s death that He Meili realized the full meaning of marriage.

As a lesbian couple in China, He and Li Qin kept their ties largely unspoken, sometimes introducing themselves as cousins. This rarely bothered He until Li succumbed to complications from lupus in 2016, and Li’s parents demanded that He hand over the deed for their apartment and other property documents under Li’s name.

He, a 51-year-old nonprofit worker in southern China’s Guangzhou city, has joined LGBT activists and supporters in an appeal to lawmakers to allow same-sex marriage, using a state-sanctioned channel to skirt recent government moves to suppress collective action.

“I realized if LGBT people don’t have the right to marry, we have no legal protections,” she said. “Others will also experience what I did — and be left with nothing.”

Under Chinese President Xi Jinping, space for civil society and advocacy has shrunk. Human rights activists and their lawyers have been detained, while internet censorship has increased.

LGBT activists have turned to a novel tactic: submitting statements to the National People’s Congress, China’s legislature, which is soliciting opinions from the public on a draft of the “Marriage and Family” portion of the Civil Code through Friday.

“A lot of people told me that this is the first time they’ve participated in the legal process,” said Peng Yanzi, director of LGBT Rights Advocacy China, one of several groups running the campaign.

The Marriage and Family section is among six draft regulations for which the legislature began seeking comments at the end of October. As of Thursday afternoon, the website showed that more than 200,000 suggestions had been submitted either online or by mail, the greatest number of any of the outstanding drafts. It was not clear what proportion of the suggestions pertained to same-sex marriage.

In social media posts, campaign participants held up their Express Mail Service envelopes along with rainbow Pride flags. In their suggestions, they shared stories of coming out, the challenge of gaining family members’ acceptance and running into legal roadblocks when trying to share their lives with someone of the same sex.

A teacher wrote about experiencing discrimination at his workplace; others wrote about not being allowed to make medical decisions for their ailing partners.

“This is not just a symbolic gesture,” Peng said. “It really has an impact on our everyday lives.”

Peng’s organization has outlined a desired revision to the language in the Civil Code, changing the terms throughout from “husband and wife” to “spouses” and from “men and women” to “the two parties.” Rather than adding specific language about same-sex marriage, the revisions seek to eliminate gendered terms from the legislation.

While activists and experts acknowledge that legalizing same-sex marriage is still a far-off reality in China, they said appeals through the official channel will push the government to take the demand more seriously.

“Calls for gay marriage often get dismissed as being too marginal and unimportant to get onto the political agenda, or as being inconsistent with Chinese traditional culture,” Longarino said.

Few legal protections are available for same-sex couples in China. One party can apply to be the other’s legal guardian, but those accompanying rights are just a fraction of those enjoyed by married couples, Longarino said. He gave the example of a lesbian woman who bears a child in China, with no way for her partner to become a second legally recognized parent of that baby.

At a briefing in August, a spokesman for the National People’s Congress Standing Committee’s Legislative Affairs Commission suggested that same-sex marriage does not suit Chinese society.

“China’s current marriage system is built on the basis of a man and a woman becoming husband and wife,” said Zang Tiewei, director of the commission’s research department, when asked whether same-sex marriage will be legalized.

“This regulation is in line with China’s national conditions and historical and cultural traditions,” Zang said. “As far as I know, at the moment most countries in the world don’t recognize the legality of same-sex marriage.”

LGBT advocates have garnered growing support from the Chinese public, using social media to raise awareness even as they face frequent censorship. They won a victory over the censors in April 2018, when one of the country’s top social networking sites backtracked on a plan to restrict content related to LGBT issues. Users flooded Weibo with hashtags such as “#I’mGayNotaPervert” after the Twitter-like platform said “pornographic, violent or gay” subject matter would be reviewed.

But misconceptions and discrimination persist. A 2015 survey by the Beijing LGBT Center found that 35% of mental health professionals in a sample group of nearly 1,000 believed that being gay is a mental illness. Around the same percentage supported the use of conversion therapy. When Bohemian Rhapsody, the hit biopic about Queen lead singer Freddie Mercury, came to China, viewers were treated to a version without any references to Mercury’s sexuality or his struggle with AIDS.

Hua Zile, the chief editor of an LGBT-focused Weibo account with 1.69 million followers, said he hasn’t publicized the same-sex marriage campaign on his microblog because he worries about the dispiriting effect it will have on the LGBT community when it inevitably fails.

“We can’t reach the sky in a single leap,” Hua said. “We should try to make progress step-by-step, or else we’ll constantly be disappointed.”

After He’s partner passed away, it pained her to think about how they kept their status in the shadows.

Through their 12-year relationship, it was He who accompanied Li on doctor’s visits. She stayed with her at the hospital when lupus made her nauseous and delirious with fever, and she helped her reach their fourth-floor walk-up after her legs grew weak.

In He’s mind, they were married. But in reality, many people didn’t even know they were dating.

Friends told He that she could file a lawsuit to recover some of her and Li’s shared property. She hired a lawyer to start the process, which required painstaking documentation of their relationship and signed statements from their neighbors and friends attesting to their long-term bond.

“It was like tearing open a wound over and over again,” He said. “I had to keep coming out about my sexuality. If we were married, all of this would be understood.”

In the end, He gave up on the lawsuit. It was too exhausting, she said, to have to prove their love to everyone. 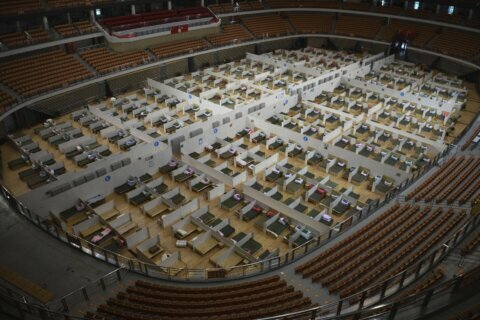