YANGON, Myanmar (AP) — A man was killed and a woman from Argentina was injured by a land mine explosion…
Listen now to WTOP News WTOP.com | Alexa | Google Home | WTOP App | 103.5 FM

YANGON, Myanmar (AP) — A man was killed and a woman from Argentina was injured by a land mine explosion in northern Myanmar on Tuesday, a charity worker from the area said.

Ko Myo of Charity Without Borders, a nonprofit organization that provides ambulance services, said police in Hsipaw township in northern Shan state had his group take the two casualties to a hospital after the explosion.

Ko Myo said the dead man was a 40-year-old Dutch national. However, a spokeswoman for the Netherlands’ foreign ministry in The Hague said in a message to The Associated Press “as far as we know now, it is not a Dutch citizen.”

Neither the Hsipaw hospital nor Hsipaw police could be contacted for further details, including the victims’ names.

The U.S. State Department travel advisory for Myanmar, last revised in October, suggests people should not travel to Hsipaw and several other areas of Shan state “due to civil unrest and armed conflict.”

Myanmar is afflicted by intermittent fighting in border areas between government forces and guerrillas from various ethnic minorities that have been seeking greater autonomy for decades. Rebel groups in Shan state also occasionally battle each other. Myanmar is not a signatory of the global Mine Ban Treaty, and both government and rebel forces are reported to use land mines.

According to the 2019 Landmine & Cluster Munition Monitor, an extensive annual survey issued in conjunction with the International Campaign to Ban Landmines, Myanmar in 2018 recorded 430 land mine casualties, the fourth highest total in the world after Afghanistan, Syria and Yemen.

In April 2016, two German tourists and their local guide were wounded when they accidentally set off a land mine while trekking near Shan state’s Kyaukme township. 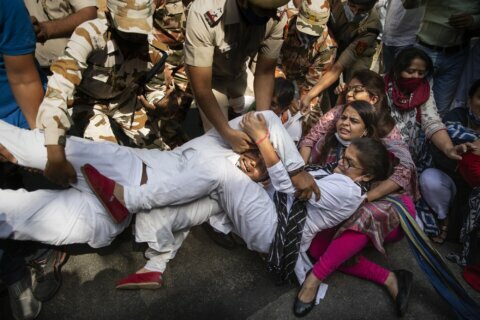 The Latest: NYC school district to test monthly for virus