Sri Lanka Freedom Party General Secretary Dayasiri Jayasekara said President Maithripala Sirisena has temporarily stepped aside from leading the party to ensure his neutrality. He said the decision was made because questions could arise about the impartiality of police, which Sirisena oversees.

The move is seen as an attempt by the ramshackle party to stay relevant after losing a majority of its loyalists to the breakaway Sri Lanka People’s Front, which Rajapaksa is using to contest the election.

It is the first time that the Sri Lanka Freedom Party, the country’s second-largest for more than six decades, has not fielded a candidate in a major national election.

Party Vice President Mahinda Samarasinghe told reporters that the decision to support Rajapaksa, a former defense chief, was made with the backdrop of the volatile security situation following Easter Sunday bomb attacks that killed more than 260 people.

“He is a proven administrator,” Samarasinghe said.

Rajapaksa, who served under his brother, former strongman President Mahinda Rajapaksa, is popular among majority Sinhalese for his part in ending a long civil war against ethnic minority Tamil rebels a decade ago. He has been accused of condoning rights abuses.

Rajapaksa said at his inaugural election rally in the northwestern town of Anuradhapura on Wednesday that he will ensure the release of all soldiers being held for alleged human rights violations as soon as he is elected.

The step, if carried out, would reverse the current government’s commitment to the U.N. Human Rights Council that alleged rights violations by both government soldiers and the Tamil Tiger rebels will be investigated, and courts will be set up to try suspects with the help of international prosecutors and judges.

He said he and the soldiers freed the country from the Tamil Tigers, and “a large number of soldiers who committed themselves to this cause have been falsely accused and put in prisons.”

“I want to say at this moment that on the morning of Nov. 17, all of them will be freed,” he said.

The decision by Sirisena’s party to back Rajapaksa came after Sirisena decided not to seek reelection, apparently finding it difficult to beat Rajapaksa.

A record 35 candidates filed nominations on Monday for the Nov. 16 election, with Rajapaksa considered the favorite.

The April 21 suicide attacks by seven Muslim militants also boosted Rajapaksa’s fortunes, with many people praising his wartime role against the secessionist rebels. Sri Lankan leaders and the security establishment have been under fire for not acting on near-specific intelligence reports of possible attacks ahead of the bombings.

Sirisena has said he was kept in the dark about the reports and appointed a presidential commission to investigate the lapses.

National police chief Pujith Jayasundara was suspended and former Defense Secretary Hemasiri Fernando resigned. Both were later arrested after the presidential commission found grounds to charge them with dereliction of duties and criminal negligence. They were released on bail but on Wednesday a higher court canceled the bail and ordered them held in detention. 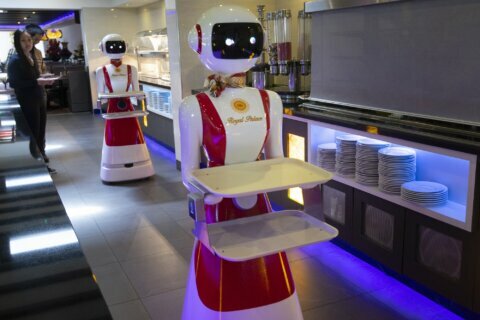 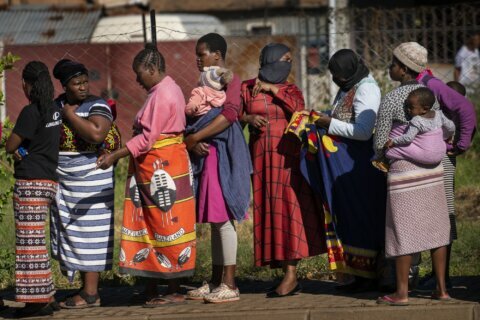