DISPUTES COULD BE RAISED AT ASEAN SUMMIT

Territorial disputes in the South China Sea are expected to again feature as a potential source of friction at the meeting of the Association of Southeast Asian Nations to be held early next month in Thailand.

The 10-member regional bloc has grappled repeatedly with forging a unified approach to the issue. China has effectively drawn on the support of Cambodia and other ASEAN allies in blocking strong statements criticizing its actions and claim to sovereignty over virtually the entire strategic waterway.

China and the five countries that have conflicting territorial claims over the South China Sea, including ASEAN members Vietnam, the Philippines, Malaysia and Brunei, have been moving ahead in negotiations for a code of conduct aimed at reducing the potential for armed conflict.

However, a top U.S. diplomat this month expressed skepticism about China’s sincerity in negotiating a code of conduct with other South China Sea claimants.

David R. Stilwell said China’s ruling Communist Party is pursuing a “repressive alternative vision” for the region that seeks to reorder it in its favor and has put Beijing “in a position of strategic competition with all who seek to preserve a free and open order of sovereign nations within a rules-based order.”

If China uses it to “legitimize its egregious behavior and unlawful maritime claims,” a code of conduct would be harmful to the region and freedom of the seas, Stilwell said in testimony to the Senate Foreign Relations Committee.

The ASEAN summit is scheduled for Nov. 3-4.

Ministry spokeswoman Hua Chunying said Oct. 24 that Ocean Geology No. 8 had undertaken “scientific research operations in waters under China’s jurisdiction of the South China Sea” beginning in early July and was now finished.

The ship, whose Chinese name is Haiyang Dizhi 8, had been escorted by armed coast guard vessels as it operated in the area of Vanguard Reef in the Spratly Island chain that is claimed by both China and Vietnam.

Its return reportedly followed the conclusion of work by a Japanese oil rig under contract by Russian oil giant Rosneft.

Tensions over oil exploration and access to resources in the South China Sea have been particularly acute between Vietnam and China.

Those tensions spiked in 2014, when ships from the sides engaged in skirmishes in the area around the Paracel Islands, which China seized by force in 1974. The 2014 crisis was sparked by the dispatch to the area of the Haiyang Shiyou 981 oil rig by state-owned China National Offshore Oil Corp.

The rig was withdrawn sooner than expected following violent anti-Chinese protests in Vietnam, with China saying it had completed its work.

Gen. Wei Fenghe did not refer directly to the U.S. in his opening remarks at the Xiangshan Forum, an annual gathering in Beijing patterned on other multilateral gatherings such as Singapore’s Shangri-la Dialogue.

But he repeated phrases Beijing often says about Washington and its Western allies as part of what China considers an ongoing campaign to restrain its development.

“We will not relinquish a single inch of territory passed down from our forefathers,” Wei told the gathering.

Referring to what China regards as unwarranted U.S. intervention in other countries’ affairs, Wei said China wouldn’t accept or be intimidated by Washington’s actions.

Wei’s comments Oct. 21 come amid sharpening tensions between China and the U.S. over a range of economic and security issues, from trade and technology transfer to Hong Kong and the South China Sea. 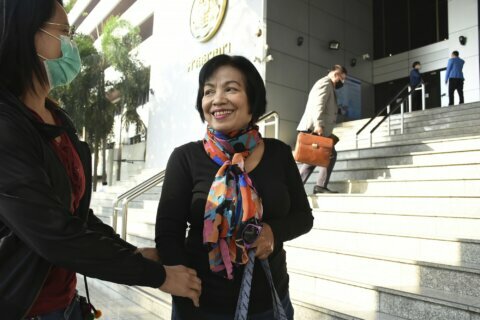 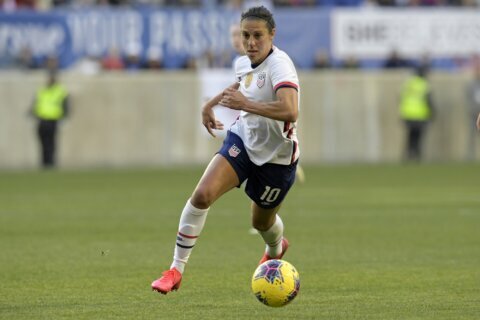