China complains about US visa restrictions

BEIJING (AP) — China has accused the U.S. of harassing Chinese scholars, students, entrepreneurs and scientists, in part through the delay, denial or revocation of visas.

Chinese Foreign Ministry spokesman Geng Shuang said the actions have been taken “for some time.”

“This has thwarted normal people-to-people exchange between China and the U.S. and infringed upon the safety and lawful rights and interests of the Chinese personnel involved,” Geng said at a daily news briefing on Wednesday.

His complaint came as China demanded Washington lift restrictions on sales of U.S. technology to a group of Chinese companies, calling it interference in the country’s affairs. American officials say those companies provide technology used to repress Muslim minorities in China’s northwestern region of Xinjiang.

The sanctions announced Monday restrict sales of U.S. technology to a group of Chinese companies working on facial recognition, artificial intelligence and other advanced products.

Those technologies are part of the ruling Communist Party’s industry development plans.

China, for its part, is believed to be tightening restrictions on foreigners linked to human rights groups and other organizations it considers subversive.

The ruling party has long distrusted such individuals, but ongoing violent anti-government demonstrations in Hong Kong are believed to have fed such suspicions. Beijing has accused foreign governments and organizations of encouraging the demonstrations in a bid to smear China’s reputation and constrain its development. 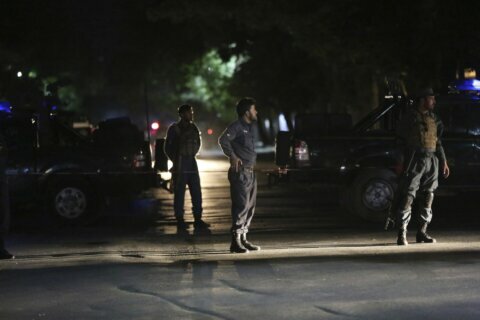