Firing fullback Israel Folau sent Rugby Australia into turmoil at the start of this season, depriving the national team of its undisputed star and triggering a costly court battle.

The termination of Folau’s contract for breaching the union’s social media protocols overshadowed all other rugby news Down Under, until a shocking 47-26 win over the All Blacks in Perth on Aug. 10 suggested that the Wallabies weren’t in terminal decline.

A resounding 36-0 thumping from the All Blacks in the return game at Auckland brought the Wallabies back to earth. And so, the World Cup is set to begin in Japan with the two-time champion and four-time finalist ranked No. 6, behind Pool D rival Wales.

Michael Cheika took over a team in turmoil in October 2014 after Ewen McKenzie’s sudden resignation as coach amid an off-field player controversy and disharmony within the squad. Despite losing three of his first four tests in charge, he guided the Wallabies to the World Cup final 12 months later and picked up a Rugby Championship title along the way.

In doing so, he shaped a lineup that had been struggling for cohesion into a tight unit for the tournament.

The four-year cycle between the World Cups has been up and down for the Wallabies, who now have dropped to a winning rate of roughly 50% with Cheika at the helm. But the campaigning-style environment of a World Cup is suited to Cheika, and he’s confident his squad can do it again.

“This is the closest I’ve seen the team from a camaraderie point of view since I’ve been involved,” Cheika said in a TV interview after a warm-up win over Samoa in Sydney. “To go through some of the things we’ve had to go through off the field — that tests you.

“We’ve been able to come out the other side. This is a very solid group, and they’re eager to make the country proud of us.”

Australia’s wins over England and Wales in the group stage in 2015 contributed to the early exit of host England. That was followed by a contentious 35-34 quarterfinal result against Scotland, a 29-15 semifinal win over Argentina and a 34-17 loss to defending champion New Zealand in the final.

Cheika was voted international coach of the year that season, but his stocks started falling with five more test losses in a row as the rebuilding started.

Now he’s putting his job on the line starting Sept. 21, when Australia kicks off its campaign against Fiji in a group that contains some familiar rivals from 2015. The biggest expected test in the group stage is against the Six Nations Grand Slam-winning Welsh squad in Tokyo on Sept. 29, before matches against Uruguay and Georgia.

The Australians may not have held the Bledisloe Cup since 2002, or the Rugby Championship since 2015, but it’s not all gloomy.

Inspirational backrower David Pocock returned from six months on the sidelines to lead a second-string Wallabies lineup to a 34-15 win over Samoa last weekend.

And his return creates a selection quandary, with Cheika having the “competition within the squad” that he craves with the likes of Michael Hooper, Isi Naisarani, Lukhan Salakaia-Loto and Jack Dempsey available for backrow spots.

But the stocks there can’t outweigh some problems areas, particularly around the scrum, the goal kicking and the playmaking positions.

Christian Leali’ifano and Bernard Foley have both played at No. 10 with varying success this season, but both struggled with the place-kicking duties. Folau’s absence leaves Kurtley Beale as the leading candidate at fullback, from where he revels in dry conditions but struggles in the wet and on the high kicks that Folau had usually mastered.

In Samu Kerevi, the Wallabies have a potential game-breaker in midfield. Without him the attacking options would be less threatening, considerably less cohesive and heap more pressure on reinvigorated scrumhalves Nice White and Will Genia.

While the pack has been troubled at scrum time, the likes of locks Rory Arnold, Adam Coleman and Izack Rodda make it strong in the lineout. And a mobile pack is also an advantage in the humid conditions expected in Japan.

The return of Pocock gives Cheika options to start two fetchers, or revert to a bigger backrow and have a fresh No. 7 coming off the bench.

“It’ll take him a few games to get reacclimatized to the pace but he’s a very quick learner,” Cheika said. “Just to get him through that time off (on) the back of what’s happened so far this season is a big tick for us.”

During a high-altitude training camp before a loss in South Africa in July, Cheika gambled his job on Australia winning the World Cup.

“I know most people would think that’s a pipe dream, but we don’t,” he said. “We came second last time and if we come first next time I will have earned the right to stay on as the coach — and if I don’t then someone else earns the opportunity. I think that’s fair.” 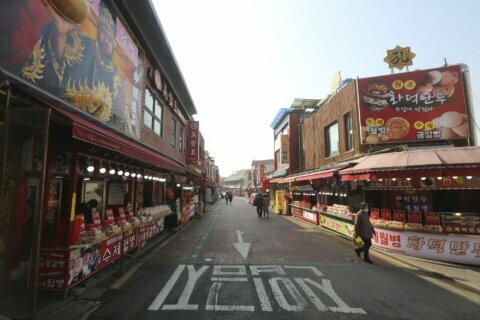 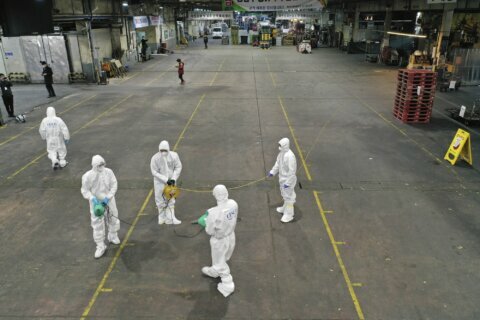 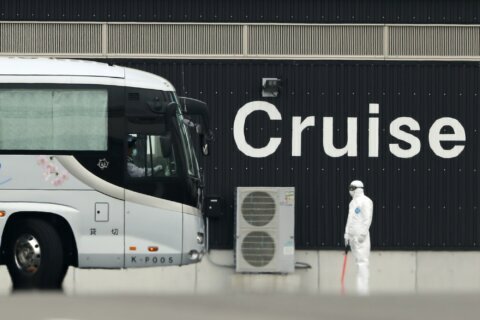