“John wasn’t in line with what we were doing,” Trump told reporters in the Oval Office.

Trump insisted that he had a good relationship with Bolton, but also said, “He wasn’t getting along with people in the administration that I consider very important.”

“I hope we’ve left in good stead,” Trump said. “Maybe we have and maybe we haven’t.”

Trump did not name the five candidates, saying only that they were “highly qualified.” Deputy national security adviser Charles Kupperman, a former Reagan administration official and defense contracting executive, is running the National Security Council on an acting basis. Trump said he would name a replacement for Bolton next week.

Since joining the administration in the spring of last year, Bolton has been skeptical about the president’s whirlwind rapprochement with North Korea, and recently has become a vocal internal critic of potential talks between Trump and leaders of the Afghan Taliban and Iran.

Bolton is a hardliner on Iran and has been driving Trump’s maximum-pressure campaign on Tehran. He encouraged Trump to pull out of the 2015 nuclear deal and ratchet-up sanctions that are crippling Iran’s economy. But Bolton is against Trump’s decision to open a door to direct talks with Iran — possibly meeting with Iranian President Hassan Rouhani at the U.N. General Assembly later this month — to resolve the conflict involving Tehran’s nuclear ambitions.

Asked if he would ease sanctions on Iran — something Bolton would not have advised — to entice Iran into a meeting, Trump didn’t say yes and didn’t say no.

Trump also denounced Bolton for a comment he made about resolving the nuclear standoff with North Korea.

Bolton pointed to the disarmament of Libya in 2003 and 2004 in exchange for sanctions relief as a model for a possible deal with North Korea. For the North, that was a deeply provocative comparison, because Libyan autocrat Moammar Gadhafi was killed following U.S.-supported military action in his country about seven years after giving up his fledgling nuclear program.

“John is somebody that I actually got along with very well,” Trump said, then added that Bolton had made some “very big mistakes.”

“When he talked about the Libyan model for Kim Jong Un — that was not a good statement to make,” Trump said. “You just take a look at what happened with Qaddafi.”

Trump said he didn’t blame Kim for being upset about the remark. “That was not a good statement to make and it set us back” in the U.S. discussions with North Korea, Trump said.

Trump said he also disagreed with Bolton’s support of the war in Iraq and his zealous campaign to oust Venezuelan President Nicolas Maduro.

“I disagreed with John Bolton on his attitudes on Venezuela,” Trump said. “I thought he was way out of line.”

Trump and Bolton also offered opposing accounts of the departure .

Trump said he told Bolton Monday night his services were no longer needed at the White House and asked Bolton to submit his resignation Tuesday morning. Bolton said he offered to resign Monday and that the president said, “Let’s talk about it tomorrow.” 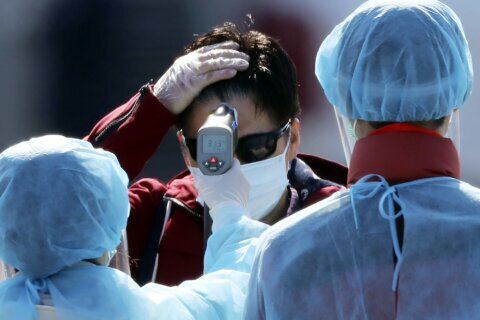 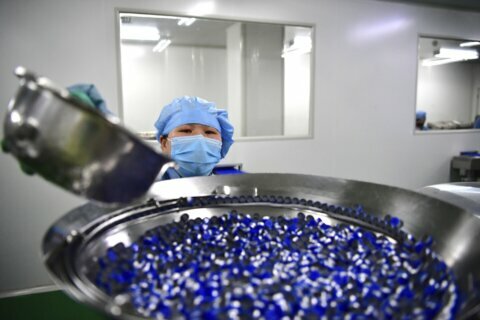