WASHINGTON (AP) — Donald Trump has said he doesn’t mind if the U.S. is on its own in the world.…

WASHINGTON (AP) — Donald Trump has said he doesn’t mind if the U.S. is on its own in the world. Now, it seems he doesn’t mind running American foreign policy on his own as well.

With the ouster of John Bolton as his national security adviser, the president has again pushed away an experienced hand in international affairs and a counter-weight to his DIY approach to Iran, North Korea, China and more.

Trump told reporters Wednesday that Bolton had made “some very big mistakes,” did not get along with others in the administration and was out of step with him on policy. “John wasn’t in line with what we were doing,” the president said.

Bolton is a hardliner with well-known hawkish views, working for a president known more for improvisation than ideology. His departure, as world leaders prepare to converge on New York for the annual United Nations General Assembly this month, produces new uncertainty in international affairs already clouded by Trump’s do-it-yourself instincts.

“The president doesn’t have any fixed views on anything, so that people around him are constantly trying to get into his good graces by playing to his whims, and because his whims are all over the map, their policy positions end up being all over the map,” said Stephen Biddle, a professor of international and public affairs at Columbia University.

Bolton is just the latest in a parade of seasoned foreign policy hands leaving the Trump administration as the president has grown more comfortable in his own decision-making and resistant to internal dissent. Bolton’s ouster leaves Secretary of State Mike Pompeo at the top of the foreign policy chart, but he is only nominally at the wheel of an apparatus that is driven by the president alone and to which he accommodates.

With nearly all of the administration’s international initiatives incomplete or stalled, Trump faces a series of critical decisions without a national security adviser, an experienced defense secretary or permanent director of national intelligence.

With the exception of Pompeo, Trump has dispatched experienced top aides at an unprecedented rate. In less than three years, he’s run through three national security advisers and is on his second secretary of state and secretary of defense. The national security adviser and director of national intelligence posts are now vacant and being handled by officials in “acting” capacities.

Nearly all of those who have left have had significant policy differences with Trump, including Secretary of State Rex Tillerson, Defense Secretary James Mattis, Director of National Intelligence Dan Coats and now Bolton.

Early in his tenure, Bolton succeeded where his predecessor, H.R. McMaster, failed in managing-up to Trump, dropping McMaster’s formal and professorial stylings for smaller, free-wheeling meetings that Trump found more engaging. But that process, more ad hoc, steamrolled elements of the vast security bureaucracy and earned him few friends in other agencies.

Trump had recently come to believe, with the prodding of Bolton opponents, that his national security adviser had crossed the line between adviser and principal, and that he was trying to use the NSC bureaucracy to implement his own, rather than Trump’s, foreign policy. Some administration officials have sought to use Bolton’s internal differences with the president’s national security team to pin the NSC as the source of embarrassing leaks in recent weeks — including Trump’s musings about buying Greenland or using nuclear weapons to break up hurricanes.

Pompeo has persevered, however, as Trump considers him more of a loyalist, willing to carry out his decisions without protest.

As for U.S. foreign policy, Bolton focused on principles, Trump on personality, namely building relationships with foreign heads of state. Bolton repeatedly balked at Trump having meetings with leaders of troublesome nations like North Korea, which Trump has now done three times.

In addition, the president has abruptly backtracked or shifted course so many times it’s led to confusion among friends and foes as they seek coherence in the policies of the world’s superpower.

Bolton and Trump sparred on a variety of issues from Afghanistan and Iran to North Korea, Russia and Venezuela .

On Wednesday, Trump blamed Bolton for scaring North Korean leader Kim Jong Un away from negotiations by mentioning the “Libya model” in an interview last year about what a successful agreement to denuclearize North Korea might look like. Libyan leader Moammar Gadhafi was overthrown and killed in 2011, eight years after renouncing weapons of mass destruction and turning over chemical and nuclear-related weapons material to the United States and Britain.

Trump said Kim wanted “nothing to do with John Bolton.”

But, of all the urgent issues confronting Trump ahead of the U.N. General Assembly, Iran is the one over which the president and Bolton most vehemently disagreed.

White House officials suggest Bolton’s opposition to Trump’s consideration of hosting the Taliban at Camp David was the precipitating cause of his ouster. But Republicans and officials familiar with the many policy divergences between the two say Iran policy and Trump’s desire for a meeting with Iranian President Hassan Rouhani, possibly at the U.N., was the core issue.

Two administration officials said Bolton was deeply resistant to the idea of offering Rouhani anything to encourage him to a meeting that French President Emmanuel Macron has proposed. The officials, who were not authorized to discuss internal deliberations publicly and spoke on condition of anonymity, said one of Bolton’s concerns was that Macron might try to lure Trump into a “spontaneous” three-way meeting with Rouhani on the sidelines of the General Assembly.

Trump on Wednesday would not rule out the possibility of easing sanctions on Iran in order to get Rouhani to the table, something Bolton fiercely opposed.

Bolton had also strongly resisted a proposal from Sen. Rand Paul, R-Ky., to which Trump had initially assented, to invite Iran’s foreign minister to Washington last month, the officials said.

Indeed, Bolton’s departure has already sparked near-panic among hawkish lawmakers and others, particularly those opposed to the Iran nuclear deal who fear Trump may now make concessions to Tehran.

“I sincerely hope his leaving the White House does not mean that the deep-state forces at State and Treasury-who have been fighting tooth and nail to preserve the Obama Iran nuclear deal-have finally convinced the president to go soft on Iran,” said Sen Ted Cruz, R-Texas, a leading hawk on the Senate Foreign Relations Committee.

That question and others are still to be answered. Michael O’Hanlon, a defense and national security expert at the Brookings Institution, said Bolton’s exit does not necessarily portend a less hawkish U.S. foreign policy, given that Pompeo is hawkish, too. O’Hanlon said he believes Bolton’s departure “has more to do with internal chemistry and Trump’s own style – and his relative lack of loyalty to people.” 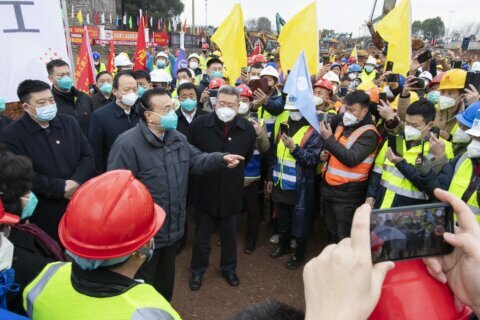