SEOUL, South Korea (AP) — South Korea said Friday that it is investigating more suspected cases of African swine fever in farms near its border with North Korea, as fears grow over the spread of the illness that has decimated pig herds across Asia.

South Korea’s Ministry of Agriculture, Food and Rural Affairs and the Gyeonggi provincial government said officials are testing samples of three dead pigs from two farms in Paju, a city where the country’s first case of the disease was confirmed Monday. Test results were expected to come out Friday night.

The two Paju farms, which raise more than 7,000 pigs combined, were also within 10 kilometers (6.2 miles) of a farm in the nearby town of Yeoncheon, where a second case of the disease was confirmed Tuesday, said Park Byeong-hong, an agriculture ministry official.

“We dispatched quarantine officials to the farms to prevent the movement of people, animals and vehicles and to disinfect facilities,” Park said in a news conference in Sejong City. “If the cases are confirmed as African swine fever, we will immediately conduct quarantine measures required under our standard procedure, such as urgent culling operations.”

African swine fever is harmless to humans but highly contagious and fatal for pigs as there is no known cure. It has decimated herds in China and other Asian countries.

South Korea has stepped up efforts to contain the disease, which may have crossed from North Korea, where an outbreak was reported near its border with China in late May. South Korean workers had culled some 10,400 pigs at border area farms as of Friday morning and were in process of killing and burying about 5,000 more, the agriculture ministry said.

The ministry said quarantine officials were testing blood from pigs at some 100 farms within 10 kilometers (6 miles) of the infected farms in Paju and Yeoncheon, and that samples from 56 farms had come back negative.

About 6,300 farms in South Korea raise more than 11 million pigs. South Korean officials have said the next three weeks would be crucial for fighting the outbreak, considering the disease’s incubation periods.

Officials have stepped up efforts to disinfect farms and vehicles. They imposed temporary bans on farms near the border from transporting their pigs to other areas and began inspections of some 200 slaughter houses, feed factories and artificial insemination facilities that deal with large numbers of pig farms across the country.

More traps and nets will be installed to capture wild boars that roam in and out of North Korea, which some experts see as a potential source of the outbreak in South Korea. South Korea’s Defense Ministry has dispatched soldiers to support quarantine efforts and monitor areas along a river that flows through the border between the Koreas, searching for wild boars that may swim across from the North.

“It’s crucial to strictly restrict the movement of people, cars and animals and also prevent (pigs) from contact with wild boars,” Park said.

North Korea in recent months has virtually scrapped all diplomatic activity and cooperation with South Korea amid a standstill in nuclear negotiations with the United States, complicating efforts at preventing the North Korean outbreak from spreading to areas near the border.

South Korea’s Unification Ministry, which deals with affairs with the North, said Friday that Pyongyang is continuing to ignore Seoul’s calls for joint quarantine efforts to fight the disease. 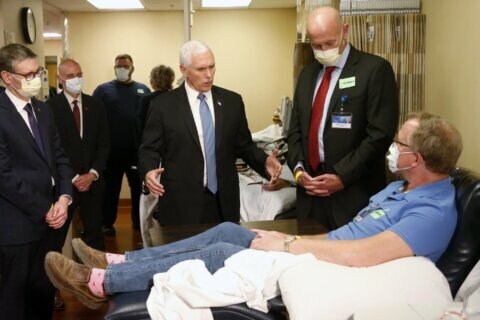 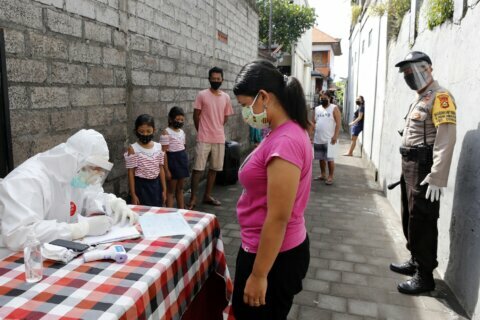 Virus expands grip in many areas, as US nears 100,000 deaths 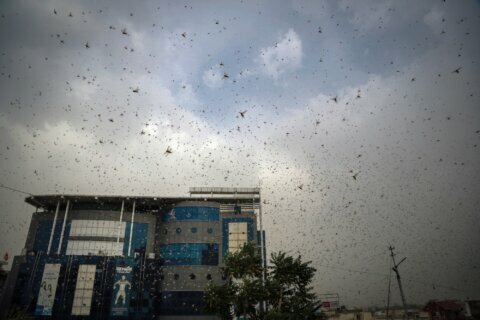