Supporters of Hong Kong’s pro-democracy movement are linking hands across the semi-autonomous Chinese territory, inspired by a historic protest 30 years ago in the Baltic states when nearly 2 million people formed a human chain to protest Soviet control.

Participants created human chains on both sides of the city’s harbor Friday that they hoped would stretch for 40 kilometers (25 miles).

It was the latest protest in a nearly 11-week-old movement that began with calls for the government to scrap an extradition bill and has widened to include demands for full democracy and an independent inquiry into alleged police brutality at protests.

Organizers said it would “be a show of solidarity … and a plea for international support.”

Latvians, Lithuanians and Estonians formed “The Baltic Way” on Aug. 23, 1989.

China has derided Canada by saying that only those with “ulterior motives” should fear for their safety when traveling in the country.

The comments by Chinese foreign ministry spokesman Geng Shuang came Friday after the Canadian Consulate in Hong Kong banned its staff from leaving the city on official business. An employee of the British Consulate in Hong Kong was detained on a public order violation during a visit to mainland China earlier this month.

Quoting Confucius, Geng said at a daily briefing that those who are “above board” will have their rights guaranteed in China, while people who intend to engage in illegal activities may be “extremely cautious.”

Canada also updated its advisory to warn travelers that their digital devices may be checked at customs points between mainland China and Hong Kong, which has seen more than two months of pro-democracy demonstrations.

Accountants in Hong Kong have demonstrated in support of the city’s pro-democracy protests, becoming the latest profession to back the movement publicly.

A few thousand accountants gathered in a city square and marched to government headquarters Friday carrying signs with the protesters’ demands.

One participant, Sarah Wong, said accountants are usually quiet because they are focused on getting the numbers right, but they cannot remain silent anymore.

Another said that the now-suspended extradition bill that sparked the protests would have affected accountants, because many of them have clients in mainland China and travel there.

The legislation would have allowed suspects to be extradited to the mainland to face trial.

Lawyers, teachers and medical workers have also rallied in support of the protests.

Rebecca Sy said Friday the carrier dismissed her without giving a reason.

But she says the firing came after she was pulled from a flight at short notice and asked by an airline representative to confirm that a screenshot from Facebook was from her account.

Sy says the screenshot showed a “mild message” but the company used it as a pretext for her firing.

The union says in a statement the firing is a “blatant suppression and retaliation on her participation in the anti-extradition bill movement and her actions to mobilize her colleagues to participate as a trade union leader.”

Cathay Dragon is owned by Hong Kong’s main carrier, Cathay Pacific. It did not respond to a request for comment.

The Canadian Consulate in Hong Kong says it has suspended local staff from travelling outside the city including to mainland China.

The move comes after the Chinese government said a British Consulate employee has been detained after he went to the neighboring mainland city of Shenzhen.

In a statement Friday, the Canadian Consulate says, “At present, locally engaged staff will not undertake official business travel outside of Hong Kong.”

It didn’t say whether the travel restriction was directly related to the detention of the British Consulate staffer, Simon Cheng Man-kit, who went missing two weeks ago after he went on a business trip to the mainland from Hong Kong’s high-speed cross-border rail terminal.

China said this week Cheng had been detained for violating public order regulations. It did not elaborate. 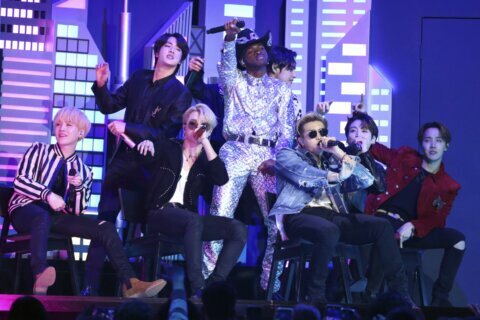